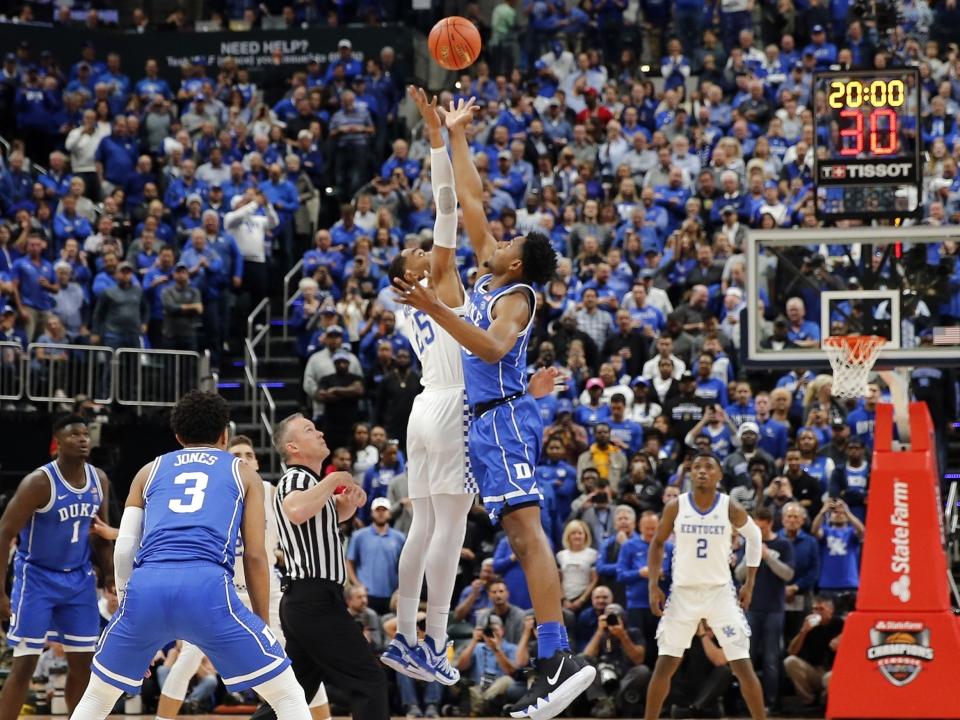 Four elite teams: Duke, Kansas, Kentucky, and Michigan State, which are the top four teams in the preseason AP Poll, will be battling at Madison Square Garden tonight to find out who reigns supreme.

HRwager offers the best NCAA college basketball betting odds and the biggest bonuses in the industry. Get ready to win big, register your account now and enjoy betting on your favorite sports.

These are the scheduled games:

These are all teams with lots of big expectations behind them and which are expected to go on deep March Madness runs.

Last year, Michigan State was stunning, defeating number one seed Duke at the Elite Eight, and getting their ticket for the Final Four round. Kentucky also reached the Final Eight last year, but their run stopped there as they fell to Auburn. Kansas was also able to make it to the Final Four, where they were also upset by the Tigers.

The opener features two teams that have already met at this event. Kansas is, in fact, 2-0 versus Duke at the Champions Classic. This year the Jayhawks count with a lot of star power, including players such as Devon Dotson and Udoka Azubuike, both of whom can turn into contenders for the Big 12 Player of the Year honors. The Blue Devils also have a lot of great weapons to work with, including Tre Jones, who’s returning this year at point guard, plus a great group of newcomers.

Bet on Duke vs. Kansas, register now to place your bets!

The second game of the night will be just as exciting and just as loaded with star players. The Spartans feature guard Cassius Winston, the player that is the favorite to become the Player of the Year. He averaged 18.8 points per game last season, leading Michigan State to the Final Four. On the other hand, we have the Wildcats, a team that’s counts with big names such as guard Ashton Hagans and star recruit Tyrese Maxey.

The Champions Classic is an annual event that tips off the NCAA Division I men’s basketball season, and it was inaugurated back in 2011.

There has been a total of 18 games, featuring 35 ranked teams, and just one non-ranked team, Michigan State, who played one of the first two inaugural games.

The winningest team has been Duke, with a current record of 5-3, followed closely by Kentucky and Kansas, both of whom currently have a 4-4 record. The team with the longest streak is Kansas, as the Jayhawks won 3 of their four victories so far in a row.

Another interesting betting factor is that two teams are currently undefeated versus a direct foe. One of them is the Blue Devils, who are 3-0 versus the Spartans. And the second of these teams is Kansas, as they are 2-0 versus Duke.

Ready to make your NCAA basketball picks? Visit our college basketball betting section, and get your bets in now!