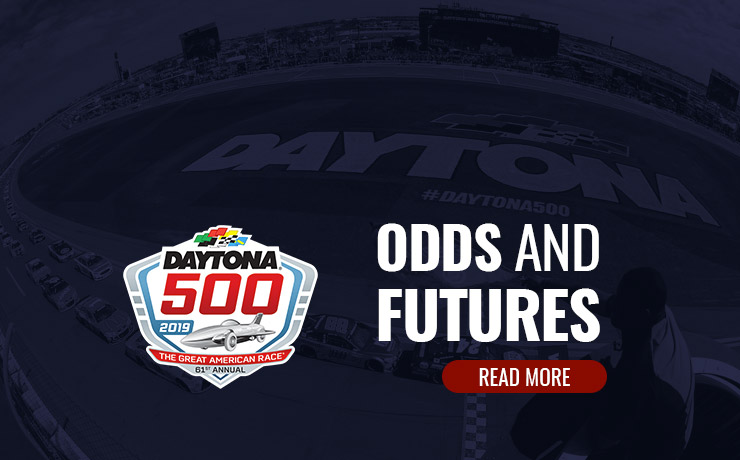 A lot is going on in Daytona 500 this year. While Brad Keselowski is favored to win the race this Sunday with +800 odds, he is closely followed by a pack of very capable, experienced, and most importantly, victory-hungry drivers who want to take the Harley J. Earl trophy home this weekend.

Keselowski comes into the event having finished eighth in the NASCAR Monster Energy Cup standings last season. Still racing a Ford Mustang for Team Penske, Keselowski hopes that this is the year he finally breaks his streak of bad luck in Daytona; due to accidents he has not finished the race in three of his last four attempts.

A recent quote by Keselowski sums up his feelings about Daytona:

“Daytona is, the 500, one major I don’t have I feel like it’s a race we’ve been competitive at. We had opportunities to win it. For a number of reasons, it hasn’t come together, which is sometimes unsettling. People ask me all the time, ‘what race is the one that got away?’ It’s the 500, so far. I want to change that.”

The rest of the pack is not far behind him; fellow team Penske member and last year’s NASCAR champ Joey Logano finished fourth at Daytona last year and has one Daytona 500 win to his name from 2015 when he took the checkered flag as the youngest person in history to do so. Logano’s odds are also +800.

Get ready to wager on the 2019 Daytona 500 race and get the best NASCAR wagering odds. Check out our Monster Energy NASCAR Cup futures and prop bets. Can you tell who’s going to win the series? Open your account and wager today.

Clint Bowyer is also among the favorites to win; at +1200 odds, he comes into this race after having finished 12th in points last season. At 39 years of age, Bower has yet to win a Daytona 500, despite having racked up 196 top ten finishes in his career. He was the runner up in the 2012 NASCAR cup and finished 12th in cup standings last season.

Just behind Bowyer in the sportsbook odds are Kevin Harvick and Denny Hamlin, both just under +1200 odds to win the Daytona 500. Hamlin was the third-place finisher at last year’s race and Harvick’s 47 wins make him the winningest driver in NASCAR Xfinity Series history.

Further down the list, veteran Kyle Bush is still looking for his first win at Daytona. Our sportsbooks have him at +1500 odds, and after having won practically every race under the NASCAR sun, he is still 0-for-13 at Daytona.

Martin Truex Jr also makes a compelling case; at +1800 odds he has not had a good history at Daytona but did get 4 checkered flags in last years’ cup. This year he set the fastest time in the practice round heading into Sunday’s race.

Finally, a case can be made for the youngster William Byron, who won the pole position for Sunday’s race. At 21 years old, Byron set a lap of 194.305 mph for the honor of being on the front row.

“We’re prepared, we’re ready, this is kind of the first step of our process, so hopefully it goes well on Sunday,” Byron said.