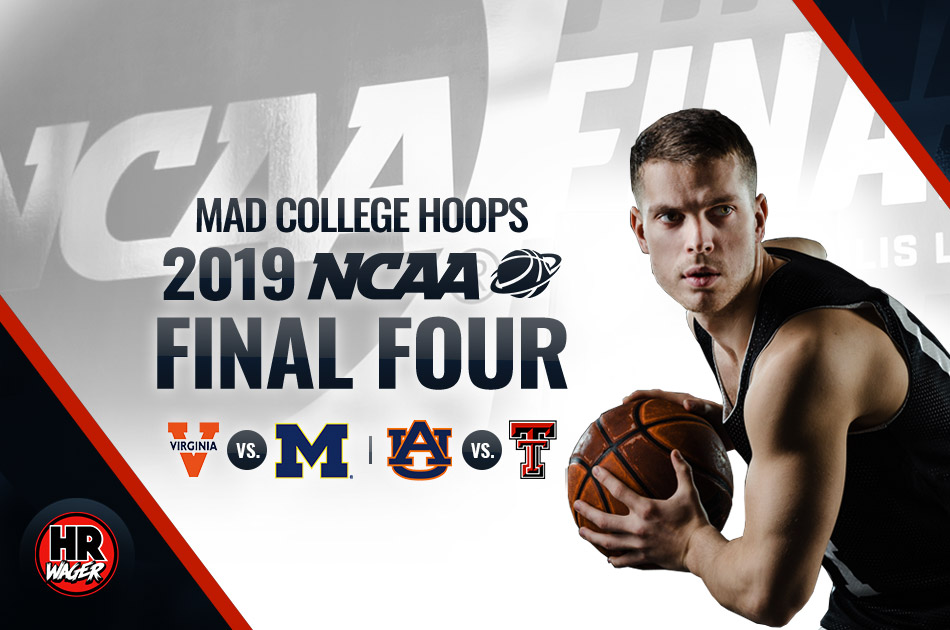 After a dizzying three weeks of NCAA basketball, the stage is set for the Final Four. Virginia, Auburn, Michigan State, and Texas Tech are the teams that emerged after the dust settled, and this Saturday they will treat the nation to a very highly-contested semifinal; Auburn and Texas Tech have never been to a Final Four and Virginia has never won a national championship. The last time Michigan State won was back in 2000.

Get into the NCAA Final 4 by registering today at HRwager and enjoy the best college basketball wagering odds and live betting action, get huge bonuses with your first deposit today.

One of the more fun teams to watch this tournament has been Auburn. They play a high-tempo game that relies on turnovers and high percentage shooting from behind the 3-point arc. That style of play has worked well against NM State, Kansas, and UNC, but the Tigers are facing a whole different beast in Virginia. The Cavaliers not only have one of the best assist-turnover ratios in college basketball (1.59) they also have a 50 percent effective field goal rate against. The Cavaliers do not let many shots go uncontested, and Auburn’s three-point success relies highly on their shooters having time and space.

What Auburn does have in its favor is the experience of already having beaten a number one seed, when they bested UNC in the Elite Eight. Auburn showed no mercy in that game, beating the Tar Heels by 17 points. The Tigers hit almost 50% of their 3-point attempts that game, going 17 for 37. Again, Virginia is well prepared for the type of game Auburn plays, having overcome Purdue, who hammered three-pointers after three-pointers in their Elite Eight overtime game. If Auburn is to win this game, they will have to execute to perfection against Virginia to do so.

The Red Raiders of Texas Tech have been a defensive masterpiece all tournament. Every one of their opponents so far has had their worst or second-worst offensive output of the season against them, including Gonzaga, who was one of the best offensive teams in the tournament. However, in Michigan State, the Red Raiders will face the challenge of playing a team who is just as good defensively while also being a well-rounded scoring machine. This game is the tougher to call of the two, as both sides match up pretty well against one another.

One exciting aspect of this game to watch will be the matchup of Michigan State’s Cassius Winston vs. Texas Tech’s Jarrett Culver. Both are averaging 18.9 points per game, and have been among the standout players in the tournament. Winston may hold the edge in this game, however, as his supporting cast is a little stronger offensively. Still, if Texas Tech’s defense was able to keep #1 ranked Gonzaga to 20 points below their season average, who knows what they can do against Winston and the Spartans.