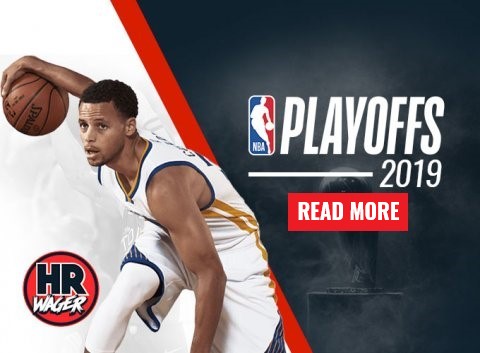 The 2019 NBA Playoffs are here, get ready to enjoy the best NBA wagering action here at HRwager. Sign up today and get huge bonuses to bet on your favorite basketball teams.

Here are the game previews for all Round 1 Matchups for this year’s NBA playoffs.

Lucky to be in the playoffs, the Clippers are a rag-tag team who have minimal expectations to deal with. They are also really good in the clutch, with a plus-65 plus-minus in clutch time.

The Denver Nuggets finished the season 54-28, good enough for second place in the competitive West. They are still a younger team, but the duo of Nikola Jokic and Jamal Murray has been dynamite all season and will be hard to counter.

However, if there is a team that is experienced and disciplined enough to do it, it is Greg Popovich’s San Antonio Spurs. DeMar DeRozan is leading the way now and his Spurs fought valiantly to get into the playoffs.

The Blazers sustained a devastating injury to star Jusuf Nurkic, but their supporting cast picked up the slack, namely Damian Lillard. They will have a chip on their shoulder after being upset in the first round last year.

Against the Thunder, the Blazers are looking at a team that was up and down all season. They have all the right pedigree, led by Russell Westbrook and Paul George. Without Nurkic, the Blazers lack size in the paint, and OKC will look to take advantage of that.

The Rockets had a disappointing 11-14 start to the season, but lead by James Hardin; they fought themselves back into the playoff picture, finishing 4th with a 53-29 record. Hardin still bears much of the offensive workload for this team, but if Chris Paul and Clint Capela can stay healthy, the Rockets are as good as anyone.

Against the Jazz, they are looking at a team with a similar story- slow start but finished the last half of the season with the second-best win percentage in the league. They were 18-6 after the all-star break and come into this series playing their best basketball.

60-22 and lead by MVP lock Giannis Antetokounmpo, the Milwaukee Bucks are on the verge of becoming an NBA Powerhouse. This year so far has been their breakout season, but the playoffs are a different beast.

Either way, the Pistons shouldn’t give them too much competition in the first round. They rely heavily on Blake Griffin and Andre Drummond, but Griffin is known for getting injured in the postseason and hasn’t won a playoff round since 2015.

Following up on last year’s playoff disappointment, the Raptors come in strong to the playoffs with a little more experience and a bit more skill with Kawhi Leonard coming over from San Antonio.

In the Magic, they face a team that is coming out of a six-year rebuild which culminated in a hot second half of the season, where they went 22-9 to close out the season. They have an excellent defensive transition and a deep bench, which are hot commodities to have this time of year.

The 76ers have been through a tumultuous season this year that involved a lot of overhaul on their roster, yet they still managed to finish the season 20 games over .500.

Versus the Nets, they are facing an up and coming team who is making the playoffs for the first time in 16 years. Thanks to youngsters D’Angelo Russell and Jarrett Allen, they fought their way in this year and will be a tough draw for Philadelphia.

Boston had an up and down season for a team that is ripe with talent. A big piece of the puzzle was taken out when Marcus Smart tore his oblique muscle, sending him to the injured list for at least the first two rounds.

The Pacers also had an up and down season, literally. They started on a roll but then faltered in the second half. Their best player, Victor Oladipo is currently injured and is reportedly out for the season.