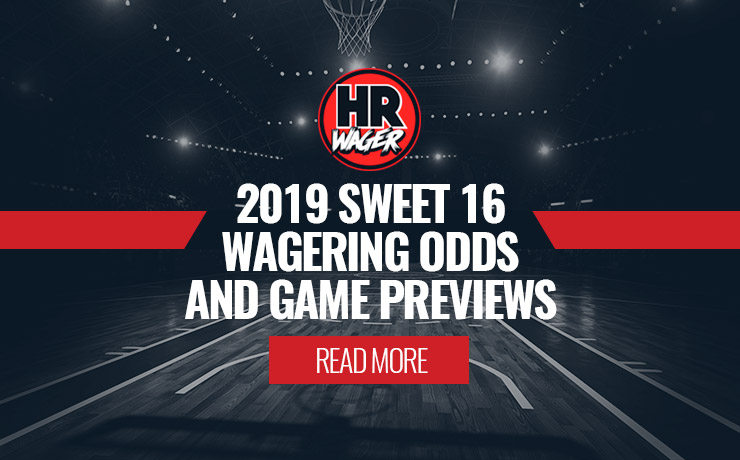 Two rounds of NCAA Tournament Basketball are behind us and thanks to the lack of upsets, most everyone’s bracket is intact. Of the remaining teams in the tournament, every single one except Oregon came in seeded #5 or higher. All four #1 seeds are alive, with Duke, UNC, Virginia, and Gonzaga still out there as favorites to win it all.

With a top-heavy field battling it out for the next four rounds, there will be some great basketball going forward. Who do you think is going to win it all, make sure to check out our latest NCAA college basketball wagering odds at our online sportsbook and enjoy the widest variety of prop bets and futures. Register today and receive excellent bonuses.

Of the many great matchups on the docket for next weekend, #3 Tennessee vs. #2 Purdue sticks out as an exciting tilt. The two sides are evenly matched up and down the lineup, but both have taken different routes to get to the Sweet 16. The Boilermakers bounced Old Dominion 61-48 before dispatching Villanova 87-61 in their last game. Tennessee didn’t have it so easy – after going up by 25 points on Iowa in the second round, and they saw their lead diminish and ended regulation in a tie before winning in overtime. Had they had lost that game, it would have been one of the most significant comeback losses in tournament history.

The Vols aren’t the only team that has questions to answer; Duke is coming off a close call in what may have been the most exciting game of the tournament so far – a 77-76 nail biter against UCF. The Blue Devils scraped by and will now face #4 seed Virginia Tech in the Sweet 16. Basketball fans everywhere will be watching to see how Duke responds to that near loss – UCF set a template on how to defeat the Blue Devils, but it required the efforts of 7’6 Tacko Fall, who caused a lot of trouble for Duke’s Zion Williamson under the rim. VT has no such player of that size, but they will at least try to replicate UCF’s near-success in that game.

Moving down the bracket, Auburn-UNC promises to be an exciting tilt; UNC’s offense is churning out points at a fast clip while Auburn has won ten in a row leading up to this matchup. The Tigers have made their name as a turnover and 3-point specialist. They will try to use those abilities to overcome one of the tournament’s favorites in UNC.

Those games aside, the rest of the bracket is stacked with great matchups. LSU-Michigan State pits two great regular season teams against one another. Texas Tech is riding high but will have to get the best of last year’s finalist Michigan to advance. Houston-Kentucky also offers an interesting matchup; Houston is a resurgent program under Head Coach Kelvin Sampson. They won their last two tournament games by an average of 22 points and will be facing Kentucky, one of the best teams in college basketball over the last decade.

Not to be forgotten is Gonzaga-Florida State and Virginia-Oregon. Oregon will try to survive another round against the heavily favored Cavaliers, while Florida State will hope for a repeat performance of last year when they upset Gonzaga in the Sweet 16.

No matter how you shake it, there is a wealth of great basketball coming up in the next couple of weeks, so now is the time to go to our sportsbook and get your picks in for the upcoming games!