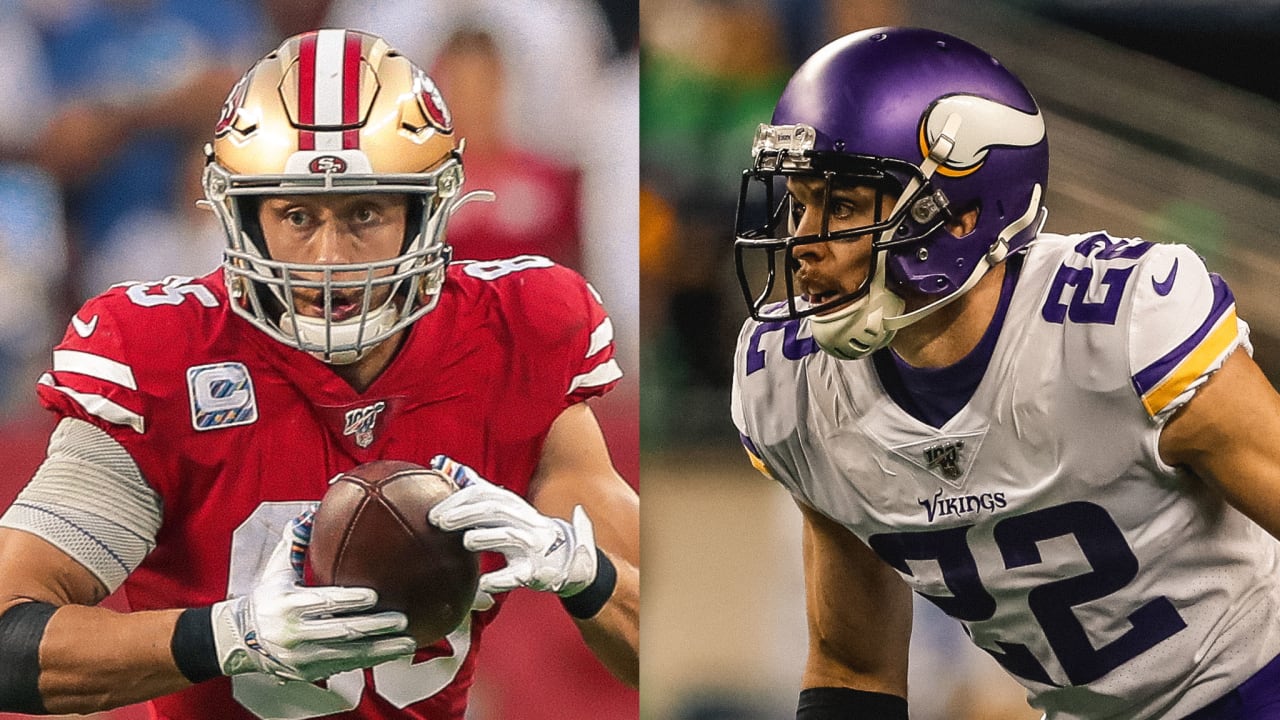 The 49ers are opening as big, 7.5-point favorites to defeat the Vikings at Levi’s Stadium. The total is opening at 45.5 points for this game, and it’s important to mention that the total has gone OVER in 5 of the last six home contests for San Francisco.

HRwager is the home of the biggest NFL betting bonuses and here you can find the best football betting lines and live betting action. Sign-up and make a deposit to bet on the NFL today.

Thanks to a Week 17 victory over the Seahawks, the 49ers crowned themselves as NFC West champs, finishing the season with the best record, and earning them the first-round postseason BYE. The team finished the regular season with 9-5-1 ATS and 13-3 SU records. At 6-2, the ATS away record for San Francisco was way better than their 3-4-1 record at home.

The great matchup to watch out for will be between TE George Kittle and the Vikings secondary. The Minnesota franchise ended up being ranked twelfth in receiving yards allowed to opposing TEs during the regular season. They just allowed NOLA’s TE Jared Cook to catch five balls for 54 yards. Kittle accounts for 26% of Jimmy Garoppolo’s passing yards this current season.

The 49ers allowed 19 points per game during the regular season, and those figures went all the way up to 31 ppg during their final four meetings. And, a significant factor for this late defensive weakness was the absence of DE Dee Ford and LB Kwon Alexander, both have a shot at returning to action versus Minnesota.

The Vikings were underdogs versus the Saints by 8-points. Still, they managed to defeat the number three seed New Orleans 26-20 in OT.

A couple of crucial keys for this victory were the return of Dalvin Cook, and also Adam Thielen, who re-emerged as the difference-maker for Minnesota, allowing his team to improve his road record to 5-4 straight up and across the spread this current season.

Can the Vikings surprise the 49ers and advance to the next round? Get the best Vikings betting lines right here at HRwager, open an account to get started.

Before the game versus the Saints, Cook had missed two games and hadn’t been his best version since Week 13 due to a shoulder injury. But he seemed his old productive self against New Orleans as he rushed a season-high 28 times for 94 yards and two scores.

Versus New Orleans, Thielen used more than eight different targets for the very first time this season, finishing the game with seven receptions for 129 yards. This was just the second time in the season that Thielen managed to post 76 or more yards in a game.

When it comes to the Vikings as a whole, Kirk Cousins and the offensive lineup for this team has managed to convert ten of eighteen third downs, and three of the four trips to the red zone by this franchise resulted in TDs.

Vikings have reported that CB Mackenzie Alexander is currently suffering from a meniscus tear, and he sat down for the wild-card game versus New Orleans; so, it’s still not clear if he’s going to be getting action versus the 49ers.

Bet on the 49ers vs. Vikings game. Get started now!