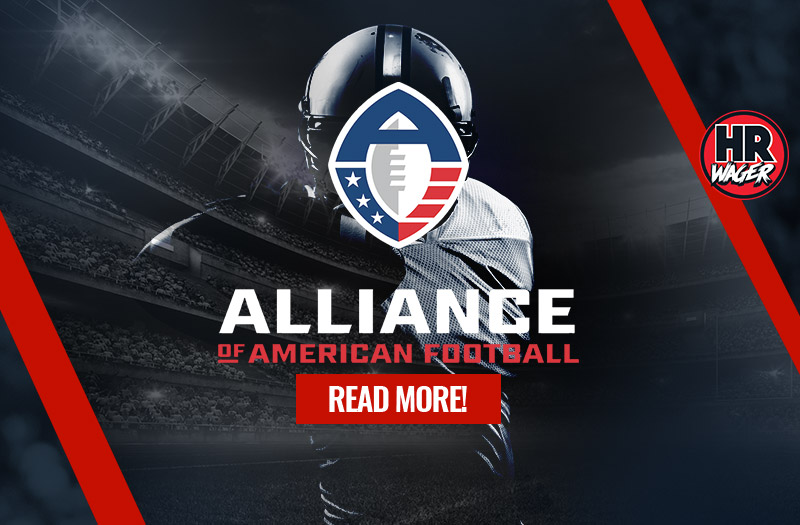 Football’s offseason just got a little shorter. This Saturday, a new gridiron heats up when the Association of American Football takes to the field for its inaugural season. Eight teams from two conferences will play a 10-week schedule followed by a four-team playoff, with the Championship game set to be played on April 27th.

The league is the brainchild of Charlie Ebersol, who besides being the son of NBC Executive Dick Ebersol is also the director of the ESPN 30 for 30 documentary “This was the XFL” which detailed the demise of the last attempt at a secondary Football league.

Ebersol said that during the making of the film, the idea for a new football league became very clear.

“I remember being on the sidelines and thinking ‘this is incredible,'” Ebersol said. “When I started to dig back into that a couple of years ago to do the film, I started seeing how the potential was never met in terms of what you could do with football. You had lots of people show up. They just showed up to bad products. So, if you really focused on having a good product, there’d be something there.”

The good product that Ebersol wants to put on the field this spring looks a lot like what the NFL puts on the field now, only with a few minor tweaks. Punting and field goals are significantly reduced, as teams are not given the option of an extra point after a TD (only two-point conversions) and the team that gets scored on automatically receives the ball on their 25-yard line. Also, on-sides kicks are not allowed.

The procedure for tied games will be a ‘Kansas Playoff’ format that is widely used in high school football; each team gets one chance to score on four downs starting at their opponent’s 10-yard line. If the score remains tied after both teams were given their shot, the game ends in a tie.

There are also tweaks that are concerned with making the game quicker. The play clock is only 30 seconds and there are no TV timeouts. Ebersol’s idea is that games should average about 150 minutes of play time, compared to the NFL’s 180.

Other than that, Ebersol wants his league to look a lot like the football that NFL fans are used to.

The league will feature teams in Arizona, Atlanta, Birmingham, Memphis, Orlando, Salt Lake, San Antonio, and San Diego. Some of the names on those teams will be familiar to NFL fans; Michael Vick will be the offensive coordinator for the Atlanta Legends. Daryl “Moose” Johnston will be the GM of the San Antonio Commanders, Trent Richardson will be the starting RB for the Birmingham Iron and Steve Spurrier will coach the Orlando Apollos.

So with the product already hashed out, Ebersol is now just hoping that enough fans come out to keep the league afloat. The teams were drafted with parity in mind, so for at least the first couple of seasons, every team is in contention to win.

According to Arizona Hotshots head coach Rick Neuheisel, that is the whole idea

“The entire league is about opportunity. From players to coaches, and sometimes the opportunity isn’t necessarily to take the next step. The opportunity is to be on the sideline again,” Neuheisel said.