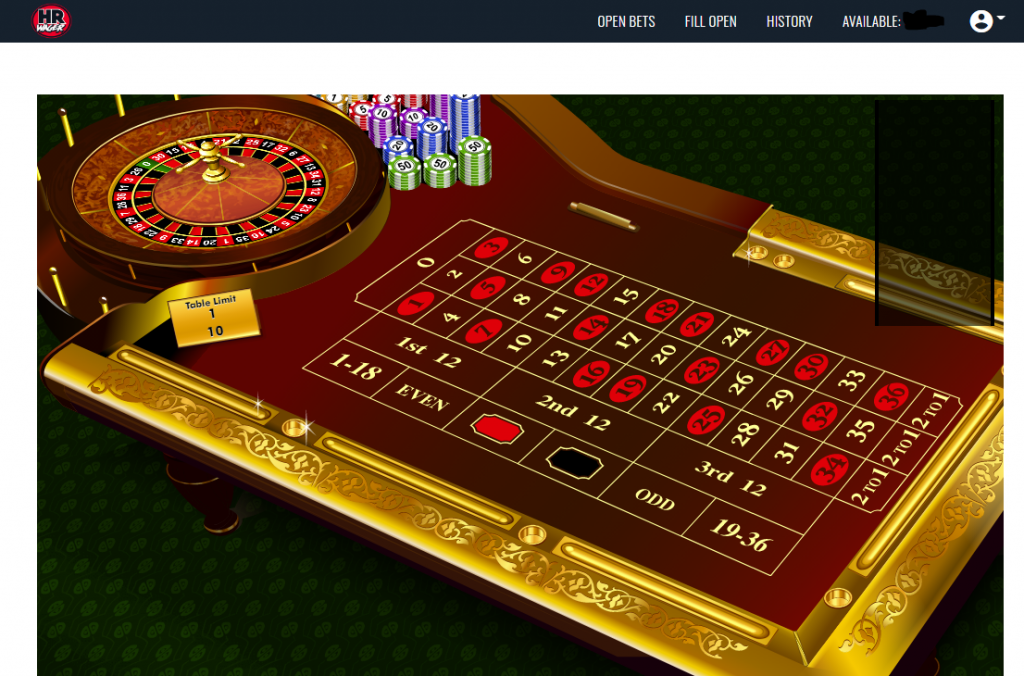 American Roulette is the perfect example of a game of chance with one objective: Guessing which number will be the next to come up. The Roulette Table consists of a spinning wheel with numbered slots, a small white ball and a betting layout that allows bets to be placed on one or more numbers at a time. There are also side bets in the table. The wheel is spun in one direction and the ball is propelled around the outer edge of the wheel in the opposite direction. Eventually, the ball will decrease in speed and fall toward the spinning wheel where it will bounce around for a while until it lands in one of the numbered slots. If your bet or bets are a “hit”, the casino pays a variety of odds based on the number of numbers covered by your bet.

To play roulette, you place your bet or bets on numbers, rows, or corners of the inside of the table layout or on the outside (see inside outside bets), and click spin. You may select your chip denomination by clicking on the chip/amount of your choice.

The function of this button is to repeat the exact same layout of bet(s) as in the previous turn.

This will clear any bets on the table should the player feel like removing the bets and placing new ones.

Inside are bets that are placed on the numbers fields on the lines between numbers. A single inside bet can cover from one to six numbers.

Straight Bets cover one number only. Bets are placed directly on top of the desired number.

A Split Bet covers two numbers by placing chips on the line between any two adjacent numbers.

A Street Bet covers 3 numbers by placing chips at the head of a row. Other 3-Number bets can also be made at the intersection with zeros.

A Square Bet covers 4 numbers by placing chips at the 4-corner intersection of 4 numbers. A 4-Number bet can also be made on a European table by playing the zero line.

The 5-Number Bet can be played on American tables by placing chips at the head of the line between the zeros and 1-3 Street.

A Double Street Bet covers 6 numbers by placing chips at the head of the line between two rows.

Outside Bets are complimentary bets that are placed on the table. These aren’t bets on specific numbers but rather side bets. Here you can bet if the ball will land on a color, odd or even, first twelve numbers and so on.

A Dozen Bet covers 12 numbers by placing chips on the 1st, 2nd, or 3rd dozen areas.

A Column Bet covers 12 numbers by placing chips on the “2 to 1” areas at the far side of the layout.

Roulette is a game of chance. The outcome of a spin is not determined by prior spins. Each spin is an independent event of chance. For example, after seven successive blacks, the chance of getting a red on the next spin is still as likely as getting a black. You should not base you strategy on the false assumption that a particular outcome is ‘due’ to happen. Some people believe you can always break even at roulette by always betting even money, then doubling down after every loss and return to the lowest bet after a win. This is called the Martingale system. However, in practice this is not possible because every roulette table has a maximum imposed on the bet size.

After a couple of sequential losses it is no longer possible to double down, and you will lose. In fact never believe anyone who claims having invented a winning roulette system. As with all games of chance, whether you win or lose doesn’t depend on the system you’re using, but on luck and common sense. The outcome of a spin is not determined by prior spins. Good Luck!