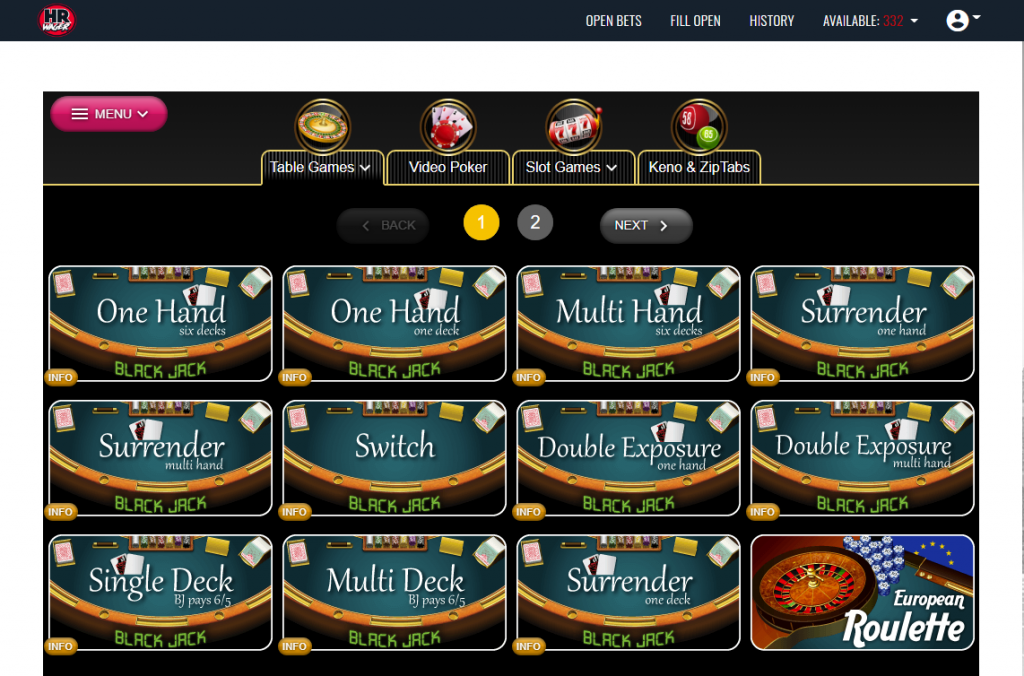 The objective of the game is obtaining a hand value that is closest to 21 and higher than the dealer’s hand without going over. Your hand or hands, depending at which table you play in the casino, will play against the total of the dealer’s hand. How to Play

Initially, both the dealer and the player are dealt two cards per hand. Player cards are dealt face up and one dealer card is dealt face up. A Blackjack is when the sum of the first two totals 21. The combination can be any Ace with any card with a value of 10.

In Blackjack, the cards are valued as follows: An Ace can count as either 1 or 11. Cards from 2 through 9 keep their face value. The 10, Jack, Queen, and King are all valued at 10.
The Dealer Hand

The plays that the Dealer makes are defined by a set of table rules that determine his actions. Usually these rules are indicated on the blackjack table. The main guidelines for the Dealer hand are:

The Player Hand After the cards are dealt the player must play his/her hand first. The player can make several choices once his two initial cards are dealt. The player’s action would depend on the strategy used by the player to the two initial cards. Some tables will have rules that other tables may not have so it is a good idea for the player to find out which tables in the casino are the ones that suit his or her gambling style. These options are indicated in the casino lobby when choosing a game. The Players hand is over when: A Blackjack comes up, Player chooses to stand or Player busts.

These are the choices a player has after being deal the first two cards:
Stand

The player chooses this option if he/she wishes to stand with the cards they have.

The dealer gives the player another card.

Player can choose to take only one hit and double the amount of his/her bet. This option may vary in how it is offered. Some tables allow a Double on any two cards and some allow it only when the combination of the initial two cards equals 9, 10 or 11. Some tables may even offer a late double that can be played after the player already has 3 cards. These options if available are indicated in the casino lobby. The double option, if played correctly can be very beneficial for the player.

If the player has two cards of equal value, he/she can choose to split the cards into two hands by doubling the amount of the bet. In a Split blackjack is not recognized. Some tables allow players to split multiple times. As with a Double, if played correctly Splits can increase player odds significantly.

Even Money is sometimes used when a player is dealt a Blackjack and the dealer has a face up Ace. The player can take an Even Money payout of 1:1 instead of the usual 1.5:1 and avoid the risk of the dealer having a blackjack which would result in a push.

If the player is unsatisfied with the first 2 cards and feels the dealer has a much better chance then the player can surrender and only lose half the bet amount. Surrender is generally a house favorable option.

In the event the player looses internet connectivity on or closes his/her browser window in the middle of a game, the game in progress will be stored. Once back in the casino the pending game may be restored and finished by the player.