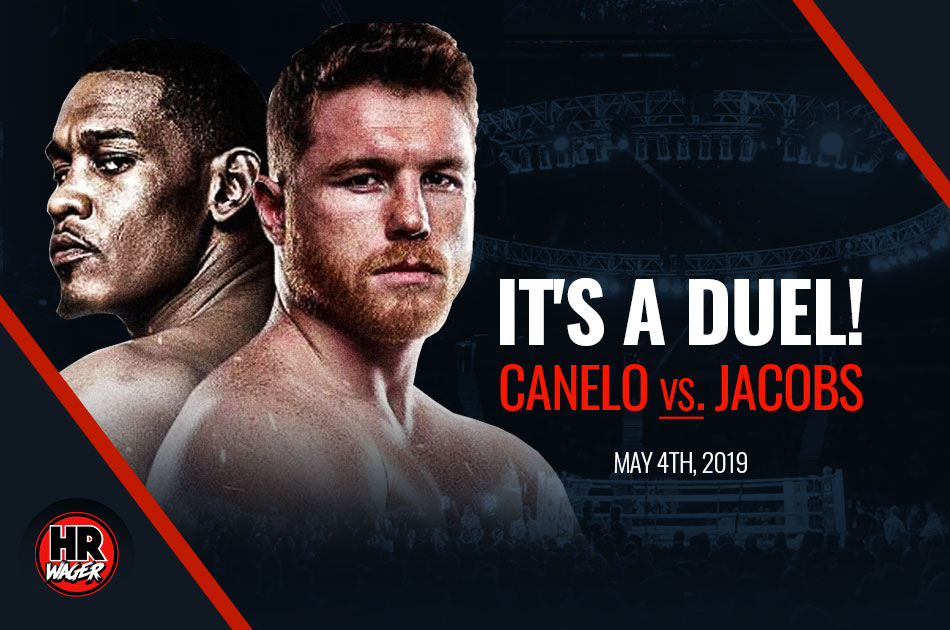 There are four recognized middleweight world titles in boxing, and three of them are going to be on the line when Saul ‘Canelo’ Alvarez takes on Daniel ‘Miracle Man’ Jacobs on May 4th at T-Mobile Arena in Las Vegas.

Get ready for the big fight, register now at HRwager to get the best Canelo vs Jacobs wagering odds and receive incredible bonuses to wager on the fight with your first deposit.

Alvarez is an imposing figure with an excellent record. He has won his last nine fights, and the only loss in his career was to Floyd Mayweather Jr. He is known as being a tremendous all-around boxer with good deception, defense, and power in his punch combinations. He has recently landed a huge, 10-fight, $365 million contract with streaming service DAZN. With that kind of money on the line, people in the know think Alvarez is something special and expect him to win.

Jacobs, on the other hand, might have fewer fights in his career but has had the toughest battle one can imagine, having survived a cancer diagnosis in 2011. Doctors diagnosed him with osteosarcoma and predicted that he would never be able to walk again, let alone box. Jacobs did what he does best and fought back, beating the disease and reviving his career to the point where he now can own three belts.

For this fight, the two boxers match up evenly. It takes a special kind of fighter to beat Alvarez, and promoters believe that Jacobs has what it takes to test the Mexican’s mettle. When Mayweather Jr bested him, it was thanks to a combination of slick footwork and speed. Mayweather was able to out-finesse Alvarez, who could not handle his counter-punches. Jacobs, who is four inches taller and has a reach that extends three inches longer than that of Alvarez, is similar to Mayweather in many respects. He has similar footwork abilities and mixes power and speed. The combination could be a winning formula to bring down the favored Alvarez.

To make up for his size disadvantage, Alvarez’s team instigated a rehydration clause on Jacobs, which means that Jacobs will be fined $500,000 for every pound that he is overweight on the second 8 am weigh in on fight day. Because Jacobs had to cut to get to 160 lbs, this leaves him at a disadvantage when it comes to stamina and strength.

Either way, no matter who wins this fight will be on top of the middleweight boxing world with three belts and a chance to take on Gennady Golovkin (38-1-1, 34 KOs) later this year for the possibility of holding all four middleweight belts.

It should be an exciting, 12-round match this Saturday, so check out our sportsbook for the most up to date odds and make your pick before tuning in on Saturday, May 4th to see what the fight of the year could be!