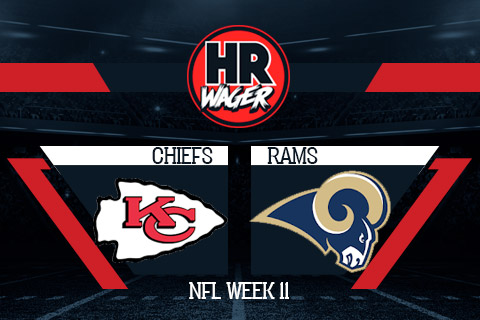 On Monday night the stage is set for the most anticipated game of the 2018 NFL regular season so far. The 9-1 Chiefs are taking on the 9-1 Rams in a possible Super Bowl preview. The air should be electrifying as both teams have been playing outstanding football all season long, and Monday Night we get to see them head to head. There has also been a lot of drama in the buildup to this game; it was initially supposed to be played in legendary Azteca Stadium in Mexico City, but the NFL pulled out just a week before kickoff due to poor field conditions. The plan now is to play the game in LA, where the Rams are undefeated so far this year.

If you have been watching football at all this year, this game has undoubtedly been marked on your calendar. It is a can’t-miss matchup between the two most dominant teams in the league. You know who your pick is, now head over to our sportsbook to find the best NFL football wagering odds and get deep in the trenches of this Monday night showdown!

Chief’s QB Patrick Mahomes has been a beast all season for the Chiefs. He leads the league in passing yards, and his 31 touchdown passes are already a Chiefs Franchise record for a single season.

Rams Linebacker Ramik Wilson, formerly of the Chiefs, spoke recently to the LA Times about what he saw in Mahomes last year.

“He loves to compete, and he wants to be great,” Wilson said, “and he’s showing the league right now how good he can be. He’s doing what we expected him to do.”

Even though Kansas City has the most substantial point differential in the league at +113, last week was a bit of a disaster against the Arizona Cardinals. They gave up five sacks and were held to their lowest point total of the season versus one of the worst teams in the league. This week, they will want to take a long look at the tape from that game before taking the field against the Rams’ Aaron Donald, who leads the league in sacks with 12.5.

If the Chiefs aren’t able to effectively use Mahomes in this game, they still have a great option in running back Kareem Hunt, who is fifth in the NFL in rushing yards this season. He will be going up against a Rams defense that has not been good against the rush; they lead the league in yards per carry allowed and have been getting worse as the season goes along. In the last seven games they have allowed an average of 133 yards per game, up from 96.7 in their first three.

However, what the Rams lack on defense, they most certainly make up for on offense. LA has been a machine this year, averaging 448 ypg. RB Todd Gurly leads the league in rushing with 988 yards, which is 100+ yards more than Ezekiel Elliot, who is the runner-up with 831. Backing him up is Jared Goff, who is second in the league in passing yards with 3134. Those two are mostly responsible for LA being the second-best offense in the league.

For this matchup, Goff will have to do without WR Cooper Kupp. It was reported earlier in the week that he may have an ACL injury. Kupp has had 40 catches for 566 yards so far this season, so losing him is a tremendous blow to the offense.

In all-time head to head matchups, the Chiefs lead the Rams 7-4-0. The last time the two teams met was in 2014 when the Rams were still in St. Louis. Kansas City won that game 34-7.