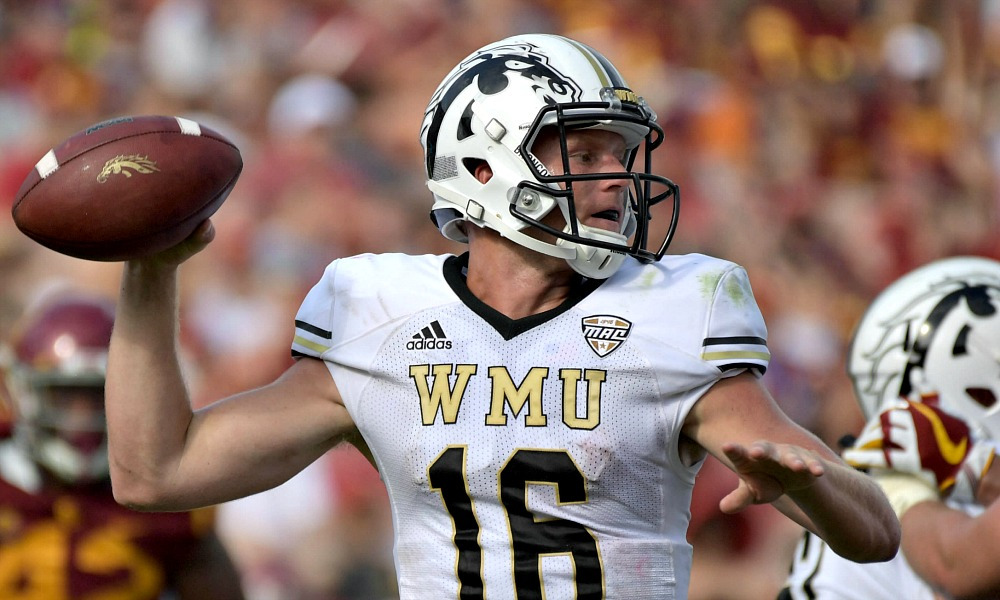 Western Michigan is a team that’s quite better on both ends of the ball than NIU. And, it doesn’t help the case of the Huskies that their top flaw –ball run stoppage– goes in perfect alignment with the top strength for the Broncos.

And WMU has a lot to thank Jon Wassink for this great ability to move the ball around with ease, as the Broncos quarterback has thrown for a conference-high 2719 passing yards.

WMU is eligible for one of the upcoming bowl games, and they have the chance to clinch the MAC West with a win over NIU. The Huskies, on the other hand, are out of playoff contention, and may not be as motivated to play the Broncos.

Prediction: All in all, the Broncos are roadside favorites for this one.

Bet on the Broncos by signing up. Place your bets and enjoy the biggest selection of college football prop bets.

The weather is a factor that may play a big part in this game as conditions are expected to be windy and wet at Huskie Stadium.

If this ends up being the case, you can expect a sloppy game from both offensive lineups. With that said, these are two teams that are excellent on the ground, and that struggle to contain the run.

WMU is a team that’s currently led offensively by LeVante Bellamy, allowing the Broncos to rush for 229.9 yards per game on 5.7 yards per rush attempt. This is the kind of stat a team needs to go against a team like the Huskies, who allow 5.4 yards per carry.

A key factor for NIU is that they will be playing without starting quarterback Ross Bowers, who is part of the injury list due to a concussion. But, this may not be as bad as you might think, as backup Marcus Childers is the best runner, with 348 yards on 48 carries.

Tre Harbison, a running back for the Huskies, is having some great momentum, and according to those in the know, he might be able to find some success versus a Broncos’ defensive lineup that gives up 195.3 rushing yards per game, and 5.1 yards per carry to FBS rivals.

Prediction: This can be a game with a lot of points scored.

Bet on the Huskies to upset the Broncos or bet on the total for the game. HRwager is the place to enjoy the best NCAA football odds and promotions. Register Now!