College Football Betting Preview: Two Games to Watch Out For 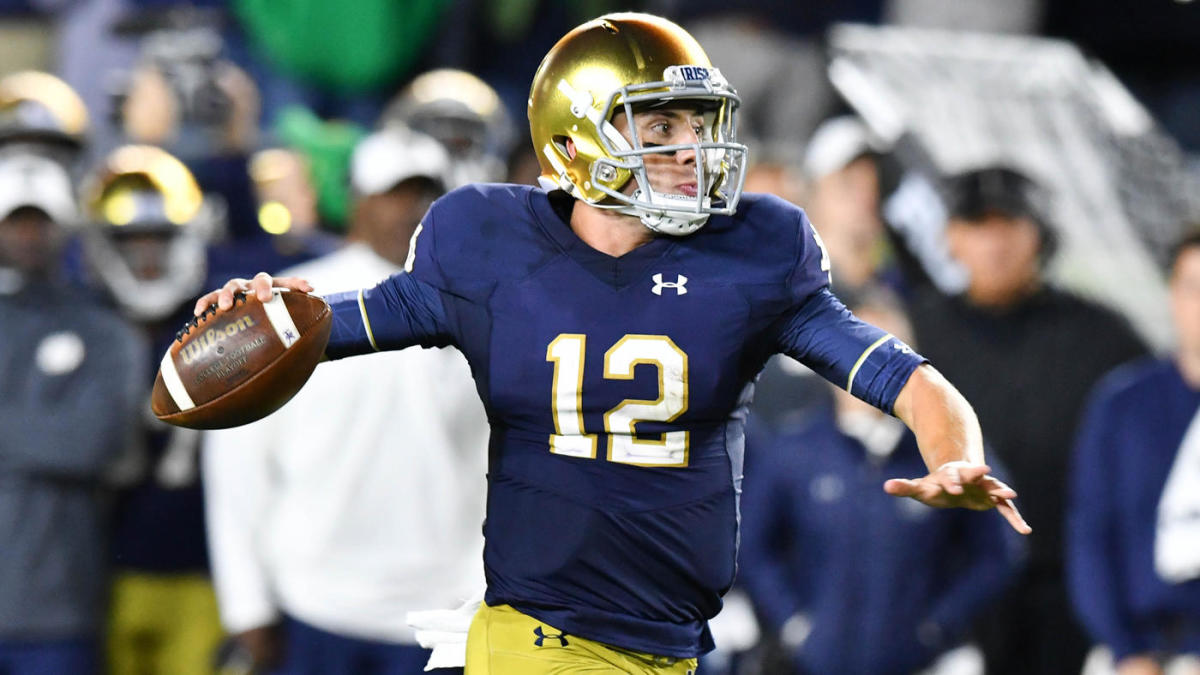 Navy is currently 5-0 SU and 4-1 ATS over their last five meetings, including two upsets during that stretch, and they will try to get a third upset when they face the Fighting Irish at Notre Dame.

Navy is putting impressive numbers as they’ve scored more than 30 points per match during their current five-game winning streak. Their passing attack has made this team a very dangerous one this current season.

Quarterback Malcolm Perry has been able to complete 53 passes this season, which is more than double the 25 he tried through his first three years with the Midshipmen.

Navy has gone 1-7 SU in their last eight matches versus the Fighting Irish, but they have also played tough, going 5-1 ATS during their previous six versus Notre Dame.

Navy is entering this game with 6-2 ATS and 7-1 SU records so far this year.

Bet on Navy with the current odds +7-105 and +240. Register now at HRwager and receive amazing bonuses on your deposit and reloads to help you win big this College Football season.

Last Saturday, Notre Dame overcame a 0-3 ATS slump thanks to a significant 38-7 road victory as seven-point favs versus the Duke Blue Devils.

Before that impressive win, the Midshipmen were destroyed 41-14 by Michigan and barely defeated Virginia Tech 21-20 as 17.5-point favorites. A highlight of the game versus Duke was quarterback Ian Book, who finished with a career-high 139 yards over the Blue Devils.

Get the best Notre Dame betting odds, register now at HRwager, and enjoy the best NCAA Football betting experience on the web. HRwager offers the biggest bonuses in the industry. Get started today!

The Golden Gophers and the Hawkeyes are hoping to put up their best performances when they clash on Saturday.

Minnesota is coming from an emotional 31-26 upset against Penn State, which allowed the team to get a spot into the AP Top 10. Iowa, on the other hand, will be looking to clean their faces after getting defeated 24-22 by Wisconsin, a result that ended their conference championship dreams.

Bet on Iowa vs. Minnesota at HRwager. Register now to place your wagers and check out our NCAA Football prop bets and futures.

The 31-26 win over the Nittany Lions (first defeat for Penn State this season) was quite significant for Minnesota, as this was their first victory over a top-five squad at home in over forty years.

The highlights of this game were quarterback Tanner Morgan, with 18 of 20 passes completed, and receivers Tyler Johnson and Rashod Bateman, both of whom managed to pass the 100-yard mark.

The Golden Gophers’Gophers’ defensive lineup was also quite remarkable, with three interceptions, including a last-second pass that could have sealed the victory for the Nittany Lions.

Minnesota needs to win their game versus the Hawkeyes, as they’ll be playing the 1-8 Northwestern next. So, a victory over Iowa will almost secure the division title for the Golden Gophers. But, if they lose, they will be forced to defeat Northwestern, to then go full engines to try to get another win over the Badgers to close the season.

With their Big Ten title hopes gone, the Hawkeyes are still willing to play at their best, just for the love of the game. “Now it sits about playing for each other,” offensive lineman Tristan Wirfs said after the loss to the Badgers.

But this 24-22 defeat to Wisconsin is flattering for Iowa considering just how terrible they played during the first three-quarters of the match.

They put up their hearts in the fourth quarter and managed almost to overcome a 15-point deficit.

This last defeat dropped the Hawkeyes to 0-3 versus ranked rivaled this current season. And this is an essential piece of information, as they will be playing the Gophers, the seventh-ranked best team in the country.

Ready to bet college football? Register now, and check out all the NCAA Football odds we have available.