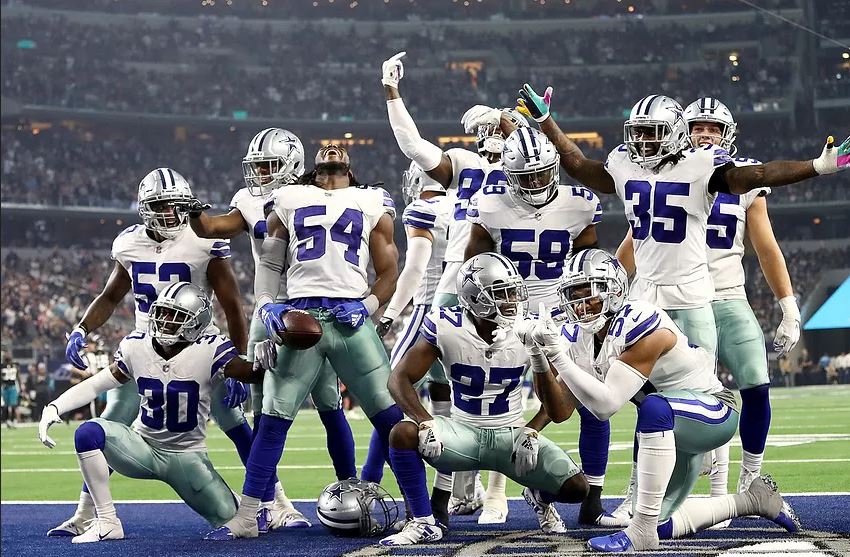 Get the biggest bonuses with your deposit when you register an account today. Get ready to bet on the NFL with the best football betting odds here at HRwager.

Dallas is a team that seems to have chances to make it to the postseason, and the Rams have a long shot barely to get a ticket.

With that said, the late results for these two franchises don’t reflect their current status. This is because the Cowboys have lost 4 of 5 and 7 of their last 10, while the LA team has come up with victories on their previous 2 contests.

So, you shouldn’t be surprised if the Rams turn into favorites by the time this match kicks off. Indeed, bettors have been pretty happy backing up the Rams, and their wagers have been paying off greatly, as LA has covered 5 of their last 6.

Chances for the Rams to get a wild card spot are dim, but don’t scratch this team off just yet!

The team suffered a devastating 45-6 home defeat to the Ravens at Week 12, but the team has been phenomenal as of late, outscoring their rivals 62-19 during their last two meetings.

Sunday is definite proof of the good state of the Rams. They came up with a 21-3 solid first-half lead, to then close with a solid 28-12 victory over Seattle. And this is quite significant, as LA managed to keep MVP candidate Russell Wilson away from the end zone, allowing just sixteen first downs during the full game.

And so if this team wants to carve a postseason spot for themselves, a significant factor will be to hand the ball to Todd Gurley, the 2017 NFL Offensive Player of the Year, who finished the match versus the Seahawks with 113 yards on 27 touches, plus a touchdown run. This was also the third game LA won where Gurley touched the football at least twenty times.

Here’s a weird fact: Dallas is the team with the top offense in the league, but they have been averaging sixteen points per game in their games to the Patriots, Buffalo, and the Bears.

The current Cowboys betting odds are at +2-110 and +105 with the o/u at 48½-110. Don’t miss out on this and other NFL games this week, register now to bet on the NFL with the best football betting odds.

The reason for this is probably because these rivals have elite defensive lineups, although star quarterback Dak Prescott didn’t hide his concerns after the loss to Chicago, mentioning that “I can’t put a finger on it. We have the skill level, and we have the players, we have the chemistry… but we’re not playing as a team.”

And such bad results already had some consequences on the Cowboys’ roster, as the team released kicker Brett Maher on Monday.

The player had missed ten kicks in thirteen matches this current season, and now he will be replaced by Kai Forbath, who got cut loose by New England early in the season, and will be playing for a fifth team in 9 seasons.

Register now,  make your picks, and get action on NFL’s Week 15 scheduled games!