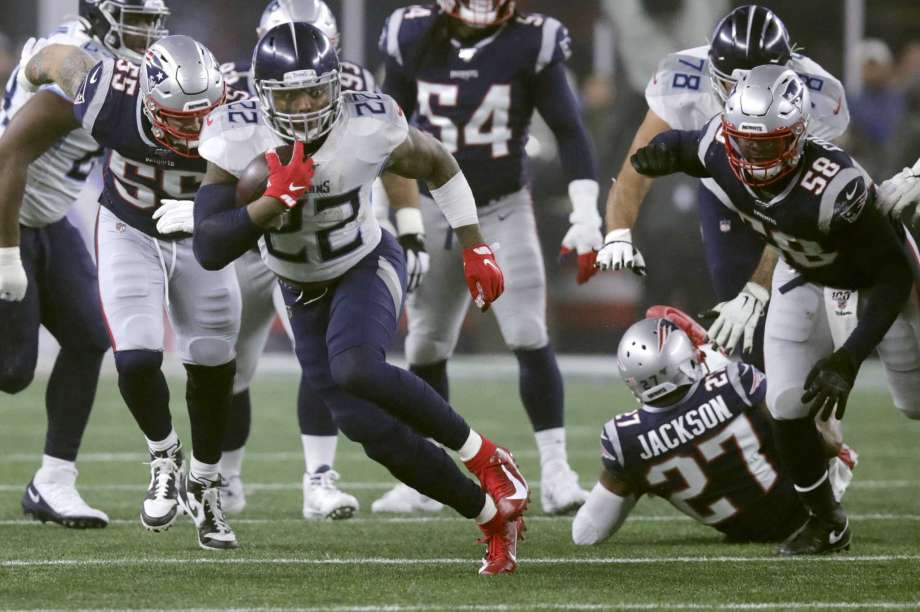 HRwager is home to the biggest NFL betting bonuses and best Live Betting action. Get ready to bet on the Super Bowl, sign up today to enjoy the best NFL betting lines.

Derrick Henry, the most valuable running back in the NFL right now, will be hitting free agency in March, and the big question is: Where could he land?

Now that the season has ended for the Titans, it’s time to figure out where the future highest-paid running back in the league will be playing for the 2020-21 season.

Henry experienced three seasons light in workload, carrying the ball just 167 times per season on average. But that all ended up in 2019 when he ran the ball for a league-high 303 times.

You will find that many NFL franchises are not willing to pay as much for a player in a volatile, devalued position.

This player might have been the best RB in the NFL during the second half of the 2019-20 season, but the market for him is a bit reduced compared to other star players at different premium positions.

After the LeVeon Bell case, have pro football teams not taken this player as a cautionary tale to keep themselves away from lucrative running back contracts?

The Jets made this guy the highest-paid RB in the AFC conference last spring. And, he went on to average a conference-low 3.2 yards per carry.

Another case is that of Todd Gurley, who was the highest-paid RB in 2018, but who also suffered a knee injury at the end of that season, and never recovered completely.

Also, just prior 2019, Ezekiel Elliott signed up an even juicer contract with the Cowboys. And, although he was able to rush for 1.357 yards this season, his 4.5 yards-per-attempt was just above average. He wasn’t even picked for the All-Pro, and Dallas also missed the postseason with an 8-8 record.

David Johnson is another disappointment at running back, averaging just 3.6 yards per carry for the past three years. He hasn’t been picked as a Pro Bowler since 2016, and his Cards have not had a winning year since 2015.

All in all, a total of 9 RB’s are pocketing more than $5 million per year on average. And, none of those nine were present in the postseason this year.

What’s more, the number one running back for each Super Bowl team wasn’t even part of a draft. And, the franchise that features the NFL’s leading rusher has not won the Super Bowl this current century.

So, considering all the cases above, and the historically short shelf lives at the RB position, many franchises shy away from spending big cash on even the most successful running backs.

All He Needs Is One Team

With all things considered, there are 32 franchises in the league, and Henry needs the approval of one. But, he needs such a team to be both desperate for a superstar, and also cap-rich.

And, with the cap to be near the $200 million in 2020, the chances are that somebody will figure it’s worth it to spend big money on Henry.

Those who are planning on investing in this RB probably believe that there are more chances that he’ll pick up where he left in 2019, instead of going the Elliott/Bell/Gurley route.

So, which team do you think will end up with the services of Henry after the next NFL free agency is over?

Register now and enjoy a vast selection of NFL props and futures. Super Bowl 54 is just one week away!