Get This Sportsbook Cash Bonus to Bet UFC 237, Just 48 Hours! 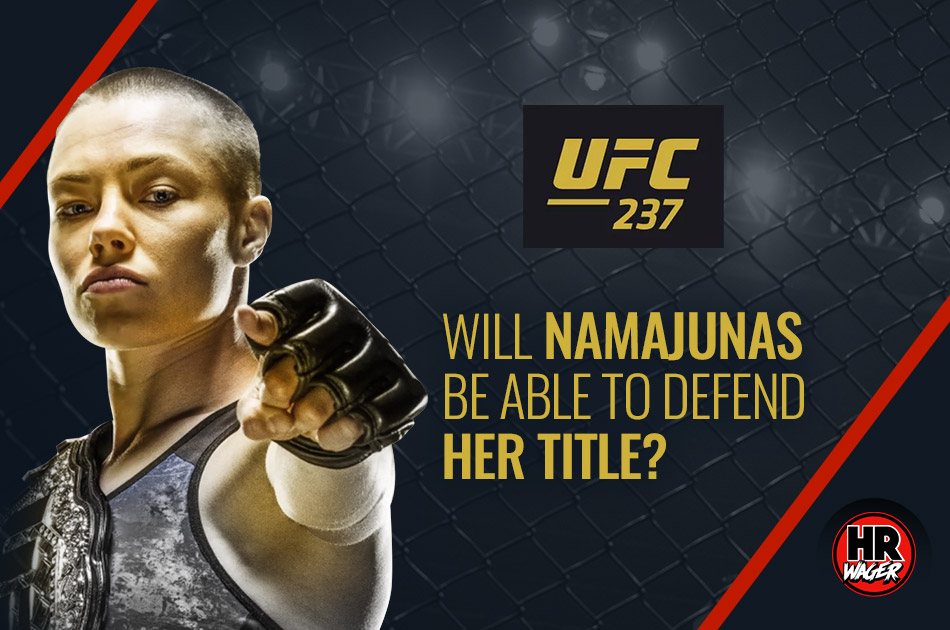 If you want to get some action on Namajunas vs. Andrade, get our special 50% cash bonus for the UFC 237 weekend, and increase your profits!

Now, can Namajunas defend the title, or will Andrade become the first Brazilian to hold a UFC strawweight title?

Now, if you want to get the best out of this Sportsbook Cash Bonus, here’s some info on the bout and the fighters:

This is the first time in history that a strawweight title bout will headline a UFC event, and it’s taking place in Brazil, Andrade’s home turf.

And this is the first time Namajunas is going to defend her current title.

Despite being the champ, the American comes as the underdog, to face a 27-year-old fighter with an impressive resume.

Namajunas is taller and has a more extended reach, but the Brazilian has a strategy she believes is going to be effective against the current champ:

“I have to close the distance to make sure she doesn’t land her punches. Her punch will be weaker on short range. Don’t give her space to connect her hard punches. Get her arms tired, so her punches are weaker, too.” Andrade said.

Now, Namajunas has been inactive for a while, and so that’s one of the main reasons she’s the underdog for this fight.

With that said, Namajunas has been the dog in previous fights, but she’s been able to prove her critics wrong.

So, this is definitely the time for her to make a statement, letting linesmakers know that she wants to be a minus, not a plus, on their next point spread for her.

But, will Andradre allow her? Get your Sportsbook Cash Bonus, make a bet, and let’s find it out!

GET YOUR CASH BONUS

Now, the action doesn’t stop with the main bout, as UFC legend Anderson Silva will also see action in his native country at this event.

Silva said that he wanted to step into the Octagon when the UFC returned to his country, and this time he’s taking on Jared Cannonier.

This is a middleweight bout that’s coming after the Brazilian was defeated by Israel Adesanya, in what ended up being the main event of UFC 234.

This after the title defense match between Robert Whittaker and Kelvin Gastelum was pulled out of the card.

The last time Silva saw action in Brazil was back in 2012 at UFC 153, when he defeated Stephan Bonnar, and now he wants to give his home fans another reason to celebrate with him.

On the other hand, Cannonier is coming to this fight after defeating David Branch by TKO at UFC 230.

So, who’s going to defeat who? We’ll definitely know on May 11!

Get the best out of these fights by taking advantage of our UFC 237 Sportsbook Cash Bonus now!

GET YOUR CASH BONUS