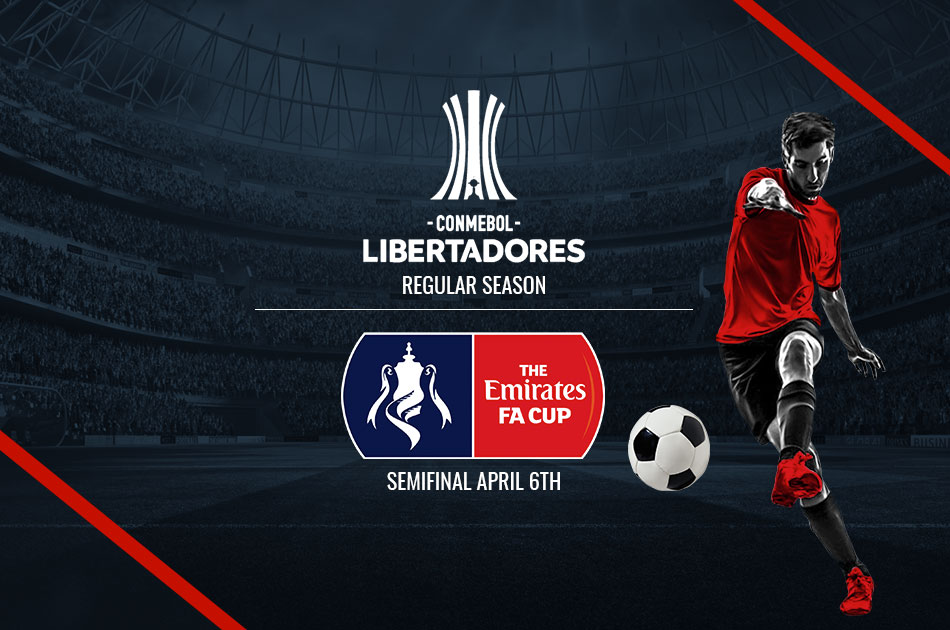 There’s a lot of action happening around the soccer world that is sure to garner a lot of excitement. Let’s take a look at what’s happening on the pitch this week:

The Copa Libertadores is the premiere club tournament in South American soccer and it’s in full swing right now, with the third round of group stage matches set for this week. The defending Copa Libertadores champions, Argentina’s River Plate, are set to kick off Wednesday against Internacional, which currently lead their group with six points to River Plate’s two points. The internationally renowned Boca Juniors lead its table with four points and will look to build on that lead in their Tuesday fixture against Atlético Paranaense, who sit behind them with three points. Also on Tuesday is a matchup between the Brazilian Palmeiras club and the Argentinian side San Lorenzo, both sitting pretty in the top two spots in their group.

Major League Soccer continues to grow in popularity, and the influx of international stars has certainly helped the surge of fans and bettors looking to place a wager on the fixtures. The season is still young, but there are already some big matchups coming up this weekend. Los Angeles FC and Wayne Rooney’s DC United both lead the Western and Eastern Conferences respectively and will face off this Saturday in D.C. Also slated for Sunday is a matchup between the Columbus Crew, who are sitting in second in the Eastern Conference and feature one of the brightest young goalkeeping stars in the league in Zack Steffen, against the New England Revolution, and a Western Conference showdown between the second-place Seattle Sounders and Real Salt Lake, who are sitting just under the cut in eighth.

To spice things up a bit, be sure to register for an account here at HRwager and place a bet with the best soccer wagering odds, also find the biggest sign up bonuses and selection of soccer props and futures.

And of course, who can forget about the FA Cup, one of the most prestigious competitions in the world and the biggest domestic tournament in English football. While in past years, the competition has always been won by one of the Premier League’s top teams, this year’s semifinals slate features three contenders that sit a little lower on the Premier League table. The Saturday fixture features Manchester City, who currently sit in second on the league table just two points behind Liverpool, taking on Brighton & Hove Albion, who are 15th in the standings and just five points from possible relegation. The Sunday fixture features teams that are a little more evenly matched, at least in the standings, with Watford taking on Wolverhampton Wanderers. The Wolves sit in seventh place in the table while Watford is 10th, but they are only separated by just one point. But with managers often resting key players in the FA Cup tournament, especially when there is more on the line when it comes to international competition or a strong finish in the Premier League, it would not be a total shocker to see the favorites sent home.