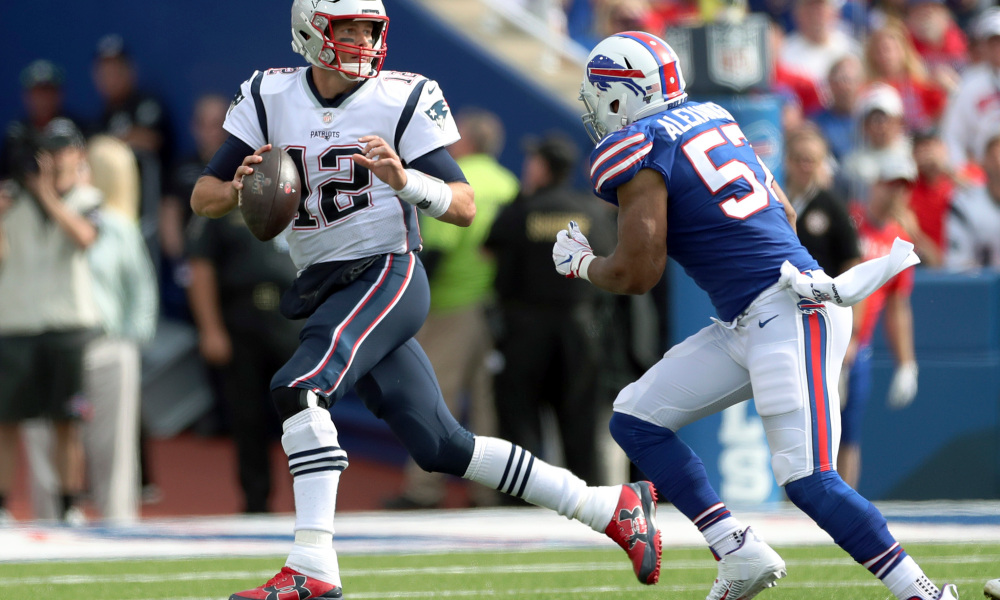 The best NFL betting action continues on Week 16 with the game between the Bills and the Patriots. If the Patriots manage to defeat the Bills, they will earn their eleventh straight AFC East division title. They are also very close to secure one of the two top positions in the AFC postseason race.

If the Bills can win this tough road game and the next one, and the Patriots lose their next two, the Bills are going to be the ones to claim their first divisional championship since 1995.

The point spread for this game, favoring New England, has been steady since the line was released, but the total may get a late impact depending on how winter weather behaves in Foxborough on Saturday.

These two already played each other at Week 4 of the current season, with the Patriots taking a 16-10 victory.

Check out our current NFL Odds.

The most exciting NFL betting action is here at HRwager. Register now to enjoy the best NFL odds and bonuses. We also have lots of fun prop bets to choose from.

The Patriots were questioned about their videotaping practices before their game versus Cincinnati, in what ended up being a new case of Spygate at the NFL.

But any doubts about their superiority over the Bengals were cleared after the game was over as they managed to destroy Cincinnati 34-13, covering their 10.5-point spread as favorites easily.

With that said, the whole Spygate business is not over, and it may affect the Patriots roster emotionally heading to their game versus the Bills.

It was a pretty easy mission for the Patriots to take down the Bengals, a team with a single victory this season. They are now faced against a much tougher rival and with a lot more on the line for both squads.

Indeed, the Bills are a much more significant challenge, and how these two franchises perform versus the other will be very telling about what we can expect out of them for their postseason meetings.

Get the best Patriots odds and Bills odds. Start betting on the NFL today! Register now to place your bets.

All the Bills have in their heads right now is the “what if” factor, as a victory over New England will leave them in a high position to take the AFC East title from the Patriots. Right now, the team is regretting losing their Week 10 and Week 15 games versus the Browns and the Ravens, respectively. The reason is that they had everything going for them for those matches, but lost them.

If they had been able to get victories at those two, they could have shaken up the AFC race in a big way. But, even though they don’t win their division, a 17-10 victory over the Steelers allowed them to clinch a playoff spot. You can expect a tremendous postseason atmosphere for this game at Gillette Stadium.

Points will be hard to come by at this one for either team. If this is the case, the game will be following a trend where the total has gone UNDER for the last three meetings between these two, with less than 36 points scored.

So, will the Patriots get the division title at Week 16? Or will the Bills come up with the upset to keep their divisional championship hopes alive?

Register now at HRwager Sportsbook, and get your action at this and the rest of the Week 16 clashes!