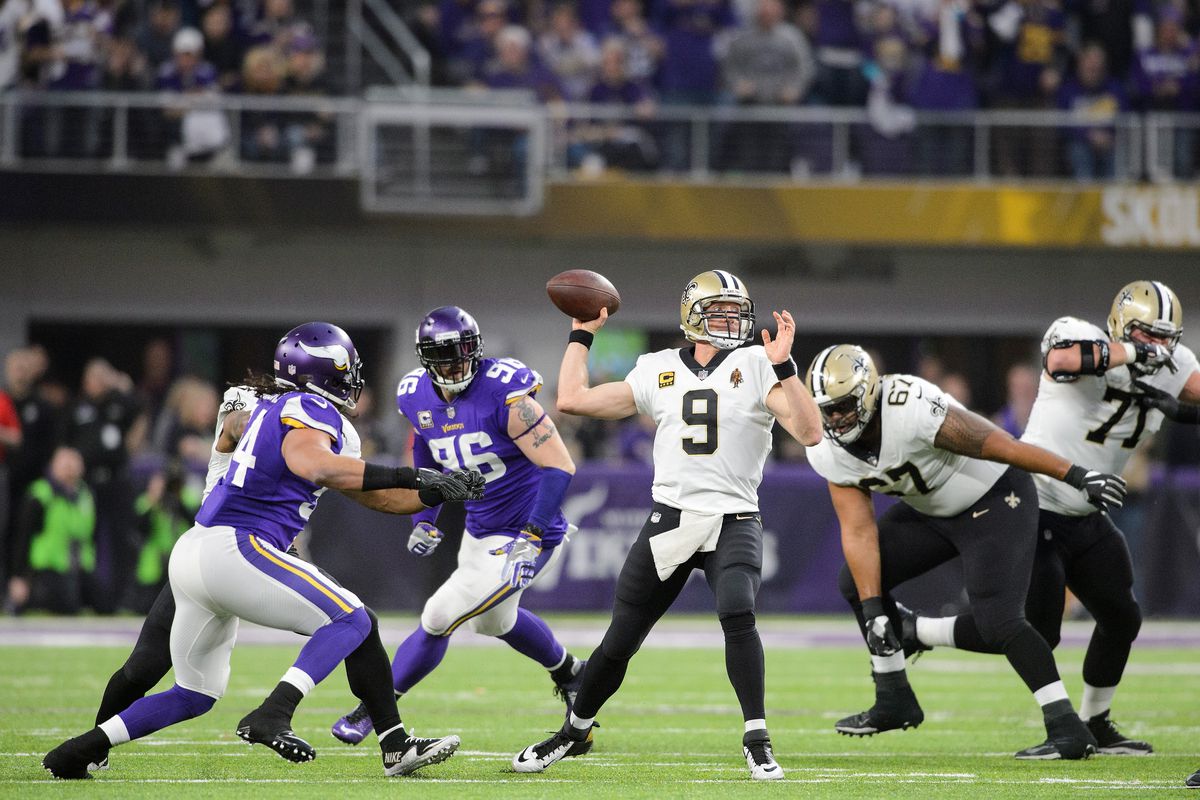 NFL playoffs are here and it’s time to enjoy the best NFL betting odds right here at HRwager. In this article, we are going to analyze the Wild Card game between the Saints and the Vikings. Get ready to bet on the NFL by signing-up now.

There’s growing excitement for the “Minneapolis Miracle” postseason rematch between the Vikings and the Saints this Sunday.

In 2018, the Vikings took away a victory from New Orleans with just a single touchdown play. it’s an undeniable fact that NOLA wants to get the win this time around to clean their faces after that embarrassing result from 2018.

The Minnesota Vikings are fresh and healthy for this meeting as they rested their top starters during their Week 17 loss to Chicago. Finishing with a 9-7 ATS and 10-6 SU regular-season record.

NOLA, on the other hand, didn’t rest anybody and took the opportunity to crush the Panthers 42-10, covering, and improving their regular-season record to 11-5 ATS and 13-3 SU. The Saints are only 4-4 across the spread at Mercedes-Benz Superdome this current season.

Bet with the best New Orleans Saints Odds at HRwager. Register now to receive an incredible bonus on your deposit and get access to the biggest selection of NFL props and futures.

Despite losing two crucial pieces to their defense in Sheldon Rankins and Marcus Davenport, the Saints are relatively well and healthy for this wild-card clash. New Orleans managed to win 6 out of their last 7 regular-season meetings, scoring 34 or more points during six out of those seven. In their past three, they were able to score a TD during 80% of their trips to the red zone, ranking tenth in third-down conversion percentage this year.

After losing six games due to injury, it seems like Drew Brees is better than ever, and is also playing fantastic playoff-caliber football.

Now, the great matchup to watch out for will be between TE Jared Cooke and Minnesota’s secondary unit. The Vikings are currently ranking twelfth in receiving yards allowed to rival TEs during the regular season. Cook managed to average 71.6 receiving yards with 6 TD’s during his last 6 games.

NOLA ranked 9th in rushing offense last season. With Mark Ingram away from the team, Sean Payton decided to allow Brees to air the ball most of the time, with Michael Thomas being the top receiver. The rushing game is a compliment for this team and not their main offensive strategy.

When it comes to their defense, the Saints have allowed rival offensive lineups to convert 60% of their trips to the red zone into touchdowns on their last three meetings, but that is just 1.7 red-zone trips per game for the full season, an NFL low.

Bet on this Wild Card game with the best Minnesota Vikings betting odds at HRwager. Register now to enjoy the best NFL betting action and live betting odds. Bet real-time on this and all NFL games here at HRwager.

After missing some time due to a shoulder injury, it seems like Dalvin Cook has been cleared out to play versus the Saints this coming Sunday.

This player is responsible for 53% of the Vikings rushing offense. Still, he has averaged just 36 rushing yards per game during his last four appearances.

Another player that has been designated as questionable for this game is RB Alexander Mattison, who is currently dealing with an ankle injury. LB Eric Kendricks may also not see any action versus the Saints due to a quad injury that kept him on the sidelines during Week 17.

When you look at the game logs by Kirk Cousins this current season, it’s clear that the shoulder injury suffered by Cook has had a significant impact. Mostly on the flow and balance of the overall offensive lineup for Minnesota. During his last three regular-season meetings, Cousins was able to average 190 passing yards with 3 TDs and 2 interceptions. During the four games before that, the player averaged a total of 258 passing yards with ten TDs and just a single interception.

It’s also important to mention that while Adam Thielen hasn’t been all that relevant since returning from injury, it’s actually Stefon Diggs who leads the Vikings with 1,130 receiving yards. Cook is the second top receiver, ahead of Thielen.

If Cook is able to play, he will be facing a defensive lineup that allowed just 92 rush yards per contest this current season. Only 79 yards per game over its previous three games.

When it comes to this defense, this is a team that thrives in the red zone. Rival offensive lineups have been allowed to convert just 44% of their trips to the red zone into actual TD’s.

Ready to bet on the NFL? Register now!