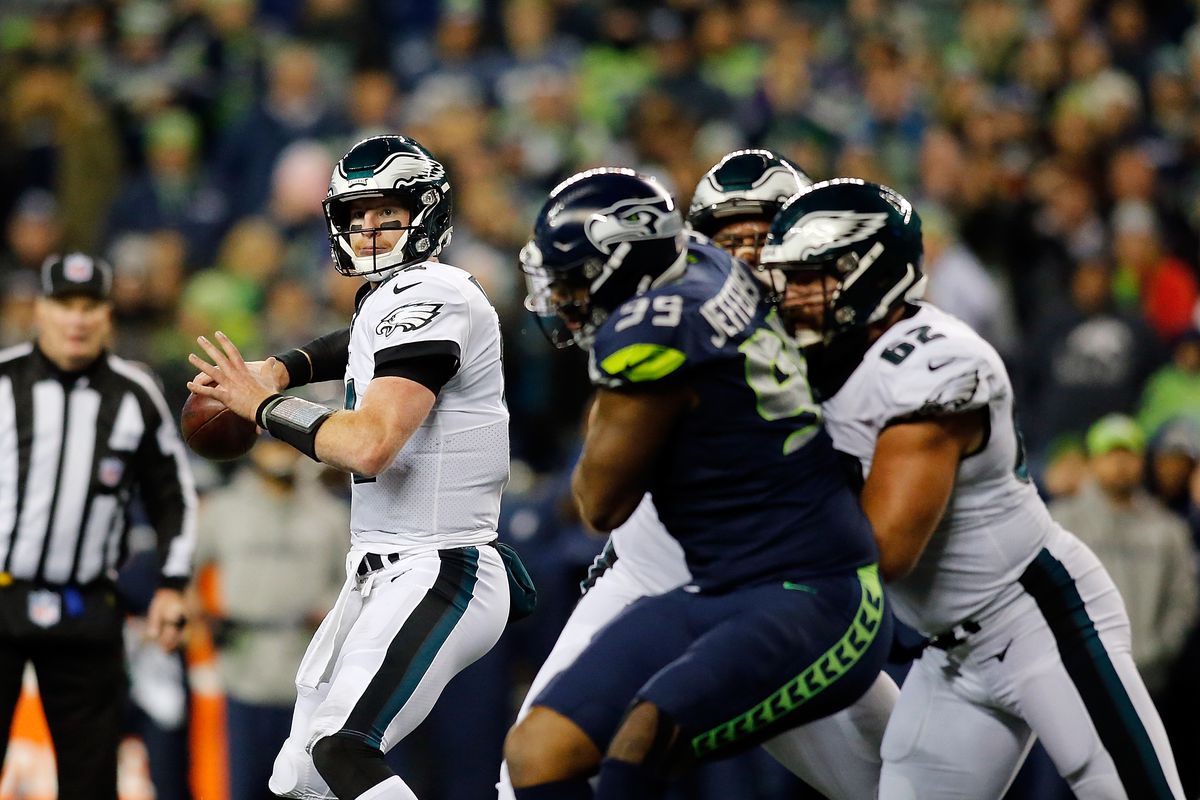 It’s time for more NFL betting as we get closer to the Playoffs and today we analyze the game between the Eagles and the Seahawks. HRwager is your best option for finding the best football betting odds and live football betting action.

The Seahawks are visiting Lincoln Financial Field to play the Eagles this weekend, and with both teams struggling with their defensive lineups, it’s a good time for bettors to look at getting some action on the total.

Philly is opening as favorites for this match since they’re playing at home for this game. But this is a bit surprising, as Seattle is 5-0 on the road this season, and many expected the Eagles to be home underdogs this time.

The Eagles odds are at -1-110 and -120. Register now at HRwager and fund your account to receive amazing bonuses to help you enjoy all the NFL betting action you are craving. HRwager offers the best football betting odds and bonuses, get started now!

The Eagles have lost five games this season, but luckily for their playoffs hopes, they belong to one of the currently weaker divisions in the league. They are second in the NFC East, topped by the Cowboys, who have just a single extra win.

Below them are the Giants, with just two wins, and the Redskins, with only a single victory. Entering Week 12, Philly has a tough challenge in the Seahawks, one of the current Super Bowl favorites. Belonging to such a weak division is excellent news for the Eagles, as there are five NFC teams with at least eight victories, so, at 5-5, the chances of Philadelphia of catching those franchises are very slim.

They need to keep on winning and expect a few bad games for Dallas, which can help them clinch the NFC East division title, and the playoff berth that comes with it. This is why winning at home is crucial, especially versus top teams like the Seahawks. If they can defeat Seattle, this will not only improve their record, but it will also pump up their overall energy for what’s coming. And there’s more good news, the rest of their schedule is full of teams with a losing record, including Miami Dolphins, the New York Giants, and Washington Redskins.

Plus, their last match of the season is versus their direct rivals, Dallas, so making it to the postseason is definitely in their hands. If they want it bad enough, they can make it. With that said, if they want everything to go their way, their passing game needs to improve.

The Seahawks odds are at +1-110 and EV. Start enjoying the best NFL betting odds and bonuses here at HRwager. Check out our NFL prop bets and all the betting options we offer not only for football but for all major sports and horse racing tracks. Register now!

The Seahawks’ story is very different, as they are in a division with three potential playoffs teams: the 49ers, who won the division with nine wins and just a single loss, followed by Seattle, and the Rams, who have won six matches so far. Seahawks are coming from their BYE, having won their previous three games. They are very impressive as they handed the 49ers their first defeat of the season, and in San Francisco. This means that the Seahawks are quite capable on the road, and beating the Eagles is essential, as they’ll be playing another playoff team next, the Vikings.

Thankfully for them, they count with MVP candidate Russell Wilson, who leads the league with 23 touchdown passes versus just two interceptions.

They are also a team that scores a lot, as they have finished with 27 points or more in 8 of their last ten games. A low point for Seattle is Tyler Lockett, their star wide receiver, who is questionable for Sunday as he suffered a leg injury in Week 10 and is still not fully recovered.

Register now, and get ready for all the NFL betting excitement, the surprises, and the upsets of Week 12!