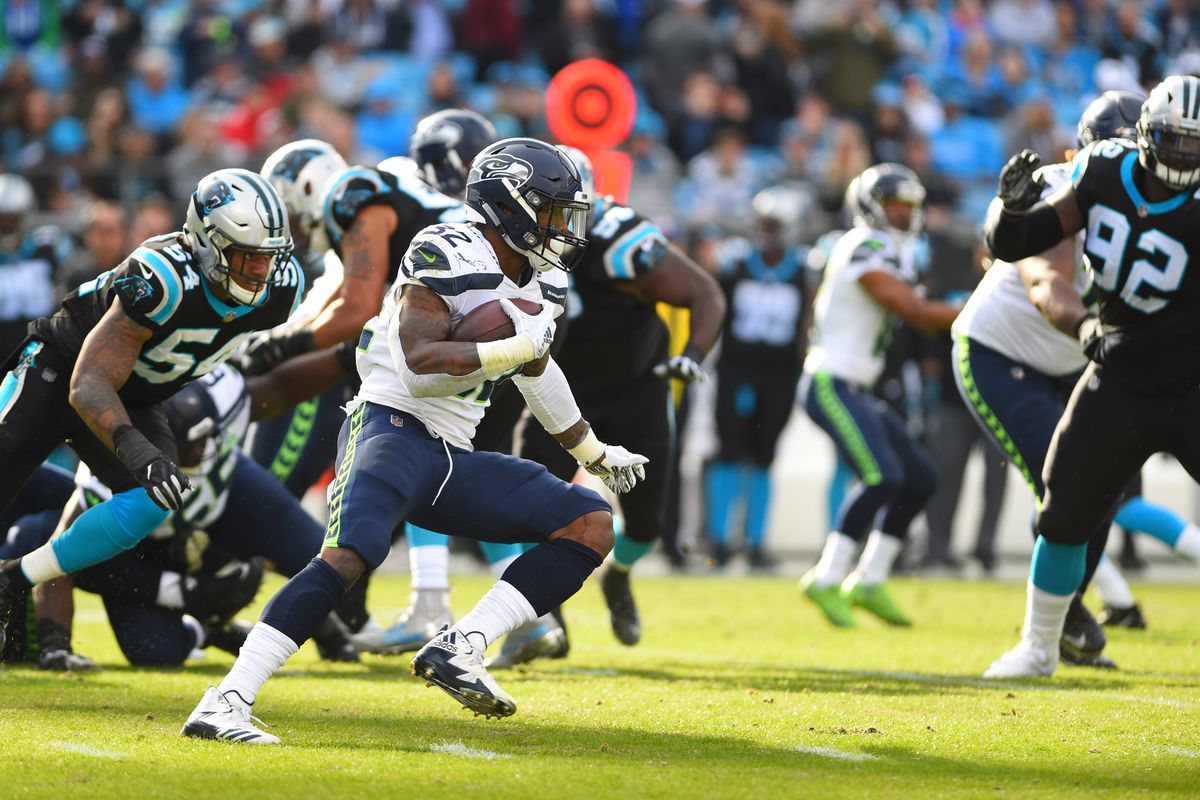 Home underdogs the Panthers will try to spoil the Seahawks divisional title possibilities. Get the biggest bonuses with your deposit when you register an account today. Get ready to bet on the NFL with the best football betting odds here at HRwager.

Seattle is coming from an embarrassing loss, but the team will try to save face, and rebound versus Carolina, a franchise that’s coming to this match after losing 5 in a row. The total has gone OVER during each one of those five games, and as both teams have been seriously struggling with their defensive lineups, you can expect this trend to continue during Week 15.

Despite that ugly 28-12 loss to the Rams last week, the Seahawks are still 10-3, and the first place in the NFC is within their grasp.

The Panthers, on the other hand, are just trying to mask an abysmal season, where they have lost eight and won only five games.

The Seahawks entered their game versus LA with a 10-2 record, and they needed a victory last week to secure the NFC West Division lead, which could have allowed them to get the top seed in the conference heading to the postseason.

Seahawks lines are starting at -6-115 and -270 with the total at o/u 49-110. Register now to bet on the Seahawks and get access to best live NFL betting lines only at HRwager.

Offensively, this team has been performing at an elite level this year, thanks to the outstanding performances by Russell Wilson.

The defense, on the other hand, is giving up a lot of yards per game, and right now it’s sitting at the bottom of the league when it comes to their scoring defense stats. The bad shape of this defensive lineup was evident on Sunday night, as they lost 28-12 against a team that was playing versus the postseason ticket desperation factor. That game versus LA was the first for the Seahawks without an offensive touchdown since Week 1 of the 2017 season.

The team will also be missing RB Rashaad Penny for the remaining of the season due to a torn ACL. This is terrible news for this franchise as Penny was the top receiving weapon out of the backfield and also formed a formidable offensive duo with Chris Carson.

That defeat to the Rams was the first road loss for Seattle this year. And they have the chance of redeeming themselves and get back on track with their road successes when they visit Bank of America Stadium on Sunday.

Panthers lines are starting at +6-105 and +230 with the total at o/u 49-110. Register now to bet on the Panthers and receive a huge bonus when you fund your account.

With just five wins this current season, the Panthers were forced to make some moves going forward, and so on December 3, 2019, they decided to let long-time coach Ron Rivera go. After nine seasons under Rivera, the team was featuring a new HC, interim Perry Fewell, and his debut with the Carolina franchise didn’t go as planned, as the Panthers ended up losing 40-20. This was the fifth loss in a row for Carolina, and Christian McCaffrey, the star RB for the team, found himself struggling again.

McCaffrey has been at the top of the league in rushing yards for most of the current season, but the four last games for his team have provided terrible stats for the running back, as he has failed to top 70 yards rushing.

With that said, fans of the Panthers are probably used to bad results at the end of their team’s schedule, as Carolina is 2-7 ATS in their last nine meetings in December.

So, if they want to avoid a 2-8 on Sunday, they will need McCaffrey, their lone superstar, to get back to his usual form.

Register now and bet this crucial Week 15 game for the Seahawks now!