Tom Brady Futures Betting Odds: Will He Play for the Cowboys Next?

Home / Blog / Tom Brady Futures Betting Odds: Will He Play for the Cowboys Next? 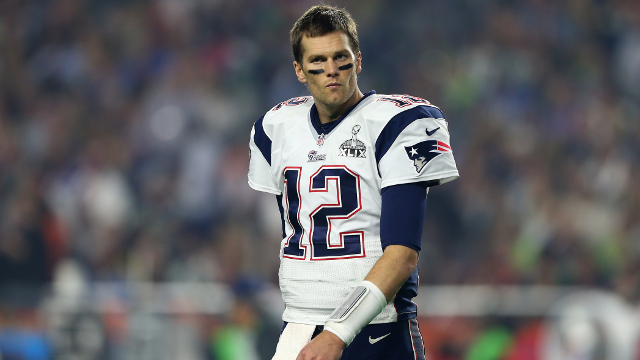 Plus, Brady has taken enough pay cuts, and he actually wants to make more money, but it seems like the Patriots are not willing to make his wishes on this matter come true. And so the Brady wants out of the Patriots, and the final new destiny is definitely puzzling.

Register now and bet on Brady to stay or move to another team. Get the best NFL odds and live football betting action right here at HRwager.

Brady already put up his home for sale, and so a move seems inevitable. He’s 42, and he probably wants to put an end to his career with a big, profitable deal.

So, if the Patriots aren’t willing to give him what he wants, Brady knows that there are a few teams with big wallets ready to grow his bank account considerably.

Tom Brady Futures Betting Odds: Can He Go to The Cowboys?

Before facing Dallas in November, Tom Brady mentioned that “I’ve really not liked the Cowboys since coming out of the womb.”

But now, the host of the popular “The Herd with Colin Cowherd” radio show is predicting that Brady will end up wearing the Cowboys jersey next season.

Even though the star quarterback shows a dislike for the Texan organization, these are the reasons Cowherd gives for Brady to move his family to Dallas next year:

Since the Steelers count with Big Ben and the 49ers with Garoppolo, a top option for Tom Brady to play the 2020 season is the Cowboys!

If this scenario actually materializes, it can turn into one of the most unprecedented free-agent acquisitions in the history of sports!

Will Tom Brady Betray Himself for a Better Paycheck?

Referring to Brady’s quote above, the player is a Northern California native, and he grew up being a 49ers fan.

Brady even attended the famous 1981 NFC championship game, where his childhood team defeated Dallas 28-27, thanks to “the catch,” an amazing, game-winning play.

After making the comment, the internet truly exploded with controversy, but Brady, as political as he is, immediately started praising the Dallas franchise, mentioning that he had a lot of respect for the Cowboys, and their great historical figures.

It seems like Brady hated the Cowboys immensely when he was a kid, but now it appears as if he’s willing to forget and forgive and start anew with a different franchise.

And so, will Brady end up in Dallas, as the starting quarterback? Well, when you consider the fact that the Cowboys granted Dak Prescott one of the best QB deals in the league, it’s difficult to believe that they are willing to let Prescott play second string to Brady…

Do you think Brady will end up in Dallas, or will he move somewhere else for the 2020 season? Register for an account, and make your Tom Brady futures wagers now!