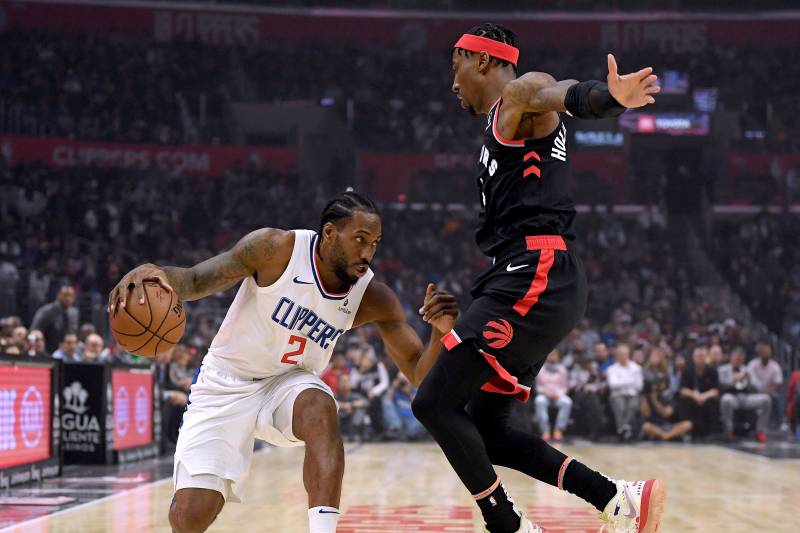 HRwager offers the best NBA betting lines, get incredible bonuses when you fund your account. Register today to get started!

Kawhi Leonard is returning to Toronto in what promises to be a fierce battle between two of the current best teams in the NBA. L.A. has been struggling a little bit on the road and the Raptors did not play their best during their last four games.

You can also add the emotional factor, with Leonard facing the team that he just won a title with. All in all, this really sounds like it’s going to be a very defensive battle, with an inclination for the UNDER.

Also, despite Toronto holding a current 9-2 record, L.A. is opening as 1.5-point favorites on the road. The main reason for this is that Toronto came up with negative scores during their last two matches at home, and 3 of their last four overall, plus point guard Fred VanVleet may not even be available to play tonight.

The very last time Leonard played a game in Toronto, he was on the other side of the fence, helping the locals to acquire their first-ever NBA title, and reaffirming himself as one of the top stars in the league…

But it’s been a while since that last campaign with the Raptors, and now Leonard is at the West Coast, as the leader of a very successful Clippers squad that’s currently 18-7 record, making it a true championship contender.

Kawhi didn’t play during the 110-99 win of his team versus Indiana on Monday, and the reason is that he was resting a sore left knee.

Get the best Clippers lines and bonuses, register now to place your bets.

Paul George, the other top start for the L.A. franchise, took over, and led the offense with 36 points, elevating his current average for the season to 23.9 points per match.

Leonard is expected to perform this time versus his old team. And the Clippers will need him at his best, along with teammate George. LA is 5-6 SU and 4-7 ATS on road games this year, and they’re playing the Raptors, a team that has lost just two games at home this season.

When Kawhi left for L.A. during the offseason, a lot of people thought this was the end of the glory days for Toronto. Instead, the Raptors are currently 16-7 and have turned into one of the teams with the top defenses in the league. Their excellent performances also put the current champ’s side by side with L.A. as legitimate contenders.

Get the best Raptors odds, register now to place your bets.

With that said, their 93-92 close victory over the Bulls on Monday put an end to a 3-game losing streak. But this last win was not convincing at all, and the team’s overall performance was quite similar to that of their previews matches where they finished with a loss.

The team was also without VanVleet for their game versus Chicago as the player was still recovering from a bruised right knee.

A quick MRI allowed the team to figure out that there was no structural damage, but despite this, VanVleet’s status for the game versus L.A. is still not completely clear.

Bet on the NBA, register now and bet this and the rest of the NBA games on the board!