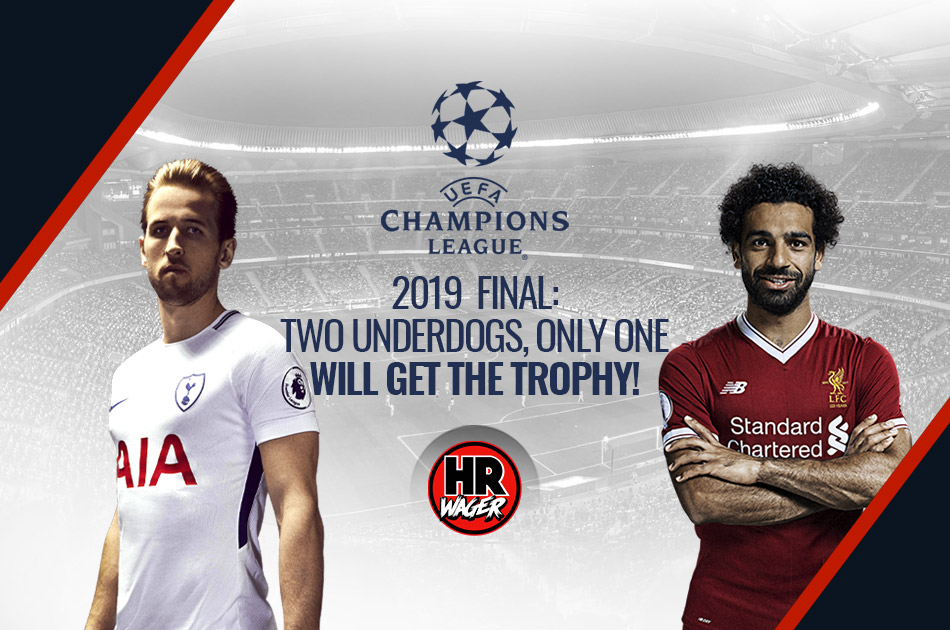 If you’re looking for Tottenham vs. Liverpool Wagering Odds, reading this game preview will help you make the best pick wagering on the game.

Liverpool has been quite dominant over the Spurs for a long time now, and that should be enough to set them as heavy favorites.

But the case is that this is the game of the comebacks, which means that nobody really expected these two teams to make it to the UCL Final.

First, it was the Red Devils, who manage to make it past Barcelona in a remarkable comeback.

And then it was Lucas Moura’s hat trick on the second match versus Ajax, which gave Tottenham their ticket.

Now, when it comes to Liverpool, they’ve won the Champions five times, and are the favorites, according to soccer wagering odds, but Mauricio Pochettino’s 11 are currently more popular with bettors.

Virgil van Dijk: According to many, this is the best center back in the world, and that’s an affirmation nobody wants to put in dispute. He was quite solid versus Barça, and he’ll be crucial on both offense and defense.

Mo Salah: Nobody ever thought that the Red Devils were going to be able to score four goals versus Barcelona without this key player, but they did! He’s expected to play the final, and fans of Liverpool are hoping the Egyptian to be at his best to help them conquer the most important European soccer trophy.

Sadio Mane: Mane didn’t make it to the goal sheet in the 4-0 win over Barcelona, but he was indeed essential with his constant moves and attacking threats. So, it’s a fact that he’ll be quite relevant when it comes to unlocking Tottenham’s defense.

Harry Kane: The Spurs are truly hoping their superstar is going to be completely fit to play the UCL Final. But Mauricio Pochettino hasn’t revealed if this is true or not, so this may be a factor Tottenham may be playing with. So, even if he knows Kane is going to be available, they may not reveal that until they actually must do so.

Lucas Moura: He’s the one and only reason Tottenham is disputing this final, period. With that said, he’s an underrated player, but he proved himself versus Ajax.

Dele Alli: He’s just 23, but at such a young age, he’s already one of the most crucial players for the Spurs. He definitely has the vision of a leader, and his quick thinking was essential to help Moura score his hat trick. Alli will bring the confidence his team requires, assuring the offense, and turning the Spurs’ attack into a real threat.

Ready for the UCL Final action? Then check out our current odds, and place your winning bets now!