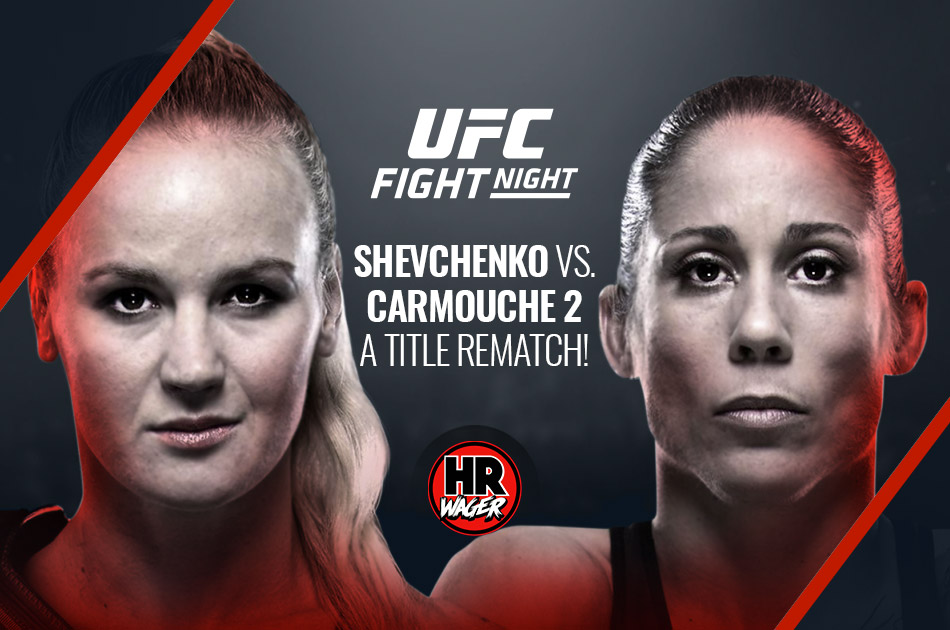 Get the best MMA wagering odds here at HRwager. UFC Fight Night 156 is approaching, and we already have the best Shevchenko vs. Carmouche 2 betting odds and bonuses! Register now to place your bets!

Taking place at the Antel Arena in Montevideo, Uruguay on the 10th of August, 2019, UFC Fight Night 156 will be featuring an exciting bout between Valentina Shevchenko and challenger Liz Carmouche.

This will be a fight for the Flyweight title, and it will serve as revenge for Shevchenko, who lost a bantamweight bout against Carmouche back in 2010.

But now, it’s a 125-pound title that’s on the line, and Shevchenko is currently undefeated at this division, making her the UFC Fight Night 156 odds favorite.

Shevchenko and Carmouche 2 faced each other almost a decade ago with the latter being the big winner. The doctor of the match was forced to stop the action as Shevchenko received a cut on the eyebrow.

According to Carmouche, she was supposed to fight Shevchenko’s sister, who was more in alignment with her.

“I was actually supposed to fight her sister. Because we had a very similar record, both new to MMA, both very inexperienced, and then you have Valentina, who’s been doing it at least 10 years. We took the fight anyway, and we were able to pull off the win, cutting her.”

Now, that’s Carmouche’s recall of the situation. But, when you ask Shevchenko about it, she mentioned that she was still in good conditions to continue with the fight.

And so Shevchenko feels that this bout was basically stolen from her, and she definitely wants revenge!

The Kyrgyzstani–Peruvian fighter is coming to this bout after winning three straight fights, with her latest victory being a successful title defense vs. Jessica Eye.

And she won her current title during the fight, previous to that one, at UFC 231 vs. Joana Jedrzejczyk.

Shevchenko was the favorite on those two occasions, as she usually is in most of her fights. It’s no surprise that the UFC odds are also favoring her this time around to get the win.

With that said, Carmouche, who’s coming from winning two straight, believes she’s the one that will be holding her hand up after the fight is over.