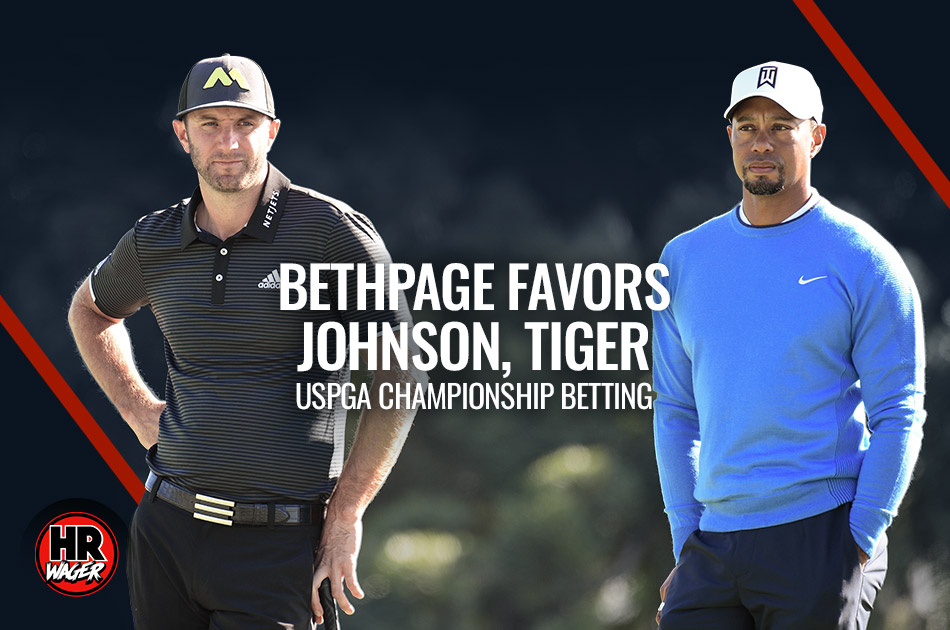 Dustin Johnson collapsed on the final day of the RBC Heritage on Sunday, but he still remains a USPGA Championship Betting favorite to take the win at Bethpage Black course. The reason for that is because DJ is considered to be one of the most resilient players in golf.

Although an injury prevented him from fighting for a green jacket earlier this year, Johnson already landed a title in 2019: The World Golf Championship in Mexico. And he also has 6 top 10 finishes under his belt. Johnson is normally a good competitor, and he possesses an outstanding conversion rate when he’s holding a 54-hole lead. Plus, he’s good when he plays under pressure. So, he’s definitely one of the favorites on USPGA Championship Betting now.

This competition is just two weeks away, and Woods remains as one of the top names to take the win at Bethpage Black. Tiger Woods is coming from winning a green jacket at the Masters 2019, and he wants to get his 16th Majors title. Woods already won here back in 2002, and he definitely wants to repeat the feat. Tiger is definitely after a grand slam, and the only player on this roster with a similar motivation is Jordan Spieth. And according to Las Vegas sportsbooks, he’s 30 to 1 to get the victory.

If you love tight competitions, you’ll love Bethpage Black this time around. And the reason is that there’s no shortage of great contenders for the title! Now, this course also seems tailored for Brooks Koepka, who’s the current defending champion, and is able to combine great deft touches with power plays. Furthermore, Rickie Fowler and Tommy Fleetwood are also in great shape, with the latter having a couple of near misses just recently. Plus, we really can’t discount big names such as Justin Thomas, Rory McIlroy, and Jon Rahm.

Length of the tee and accuracy will also be key at Bethpage Black, but this is not a problem, and these are resources Johnson has in abundance. This is a 7,436 yards course, and definitely one of the most difficult ones in the United States. DJ can win here, but he’ll need to be patient, because this is not going to be a birdie fest, and the course is also kind of dangerous and full of challenges. So, will Johnson take a few risks here and there to avoid previous silly errors? If he plays smart, he can definitely come up with a great performance, which can lead him to obtain the second major of his professional golf career. So, make your USPGA Championship Betting predictions, and get your action at HRWager now!