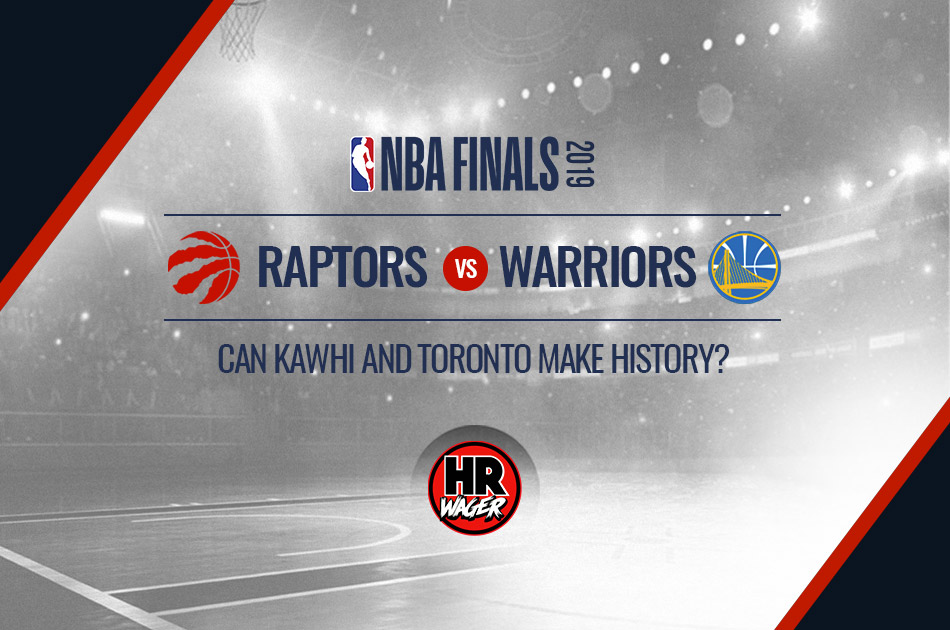 If you’re looking for the best Warriors vs. Raptors Wagering Odds, you’ve found them here at HRwager, and a brief, helpful game preview!

It was not an easy task for the Raptors to make it where they are now, but they finally got a ticket for the NBA Finals!

And if they manage to beat the Warriors, they are going to turn into the most successful professional Canadian sports team in history. With that said, their rivals are not an easy one, as Golden State is a powerhouse team, and many expect them to get the Larry O’Brien Championship Trophy this time around.

Get the latest Warriors vs. Raptors Wagering Odds and live wagering odds right here at HRwager. We have huge bonuses for everyone who registers and makes a deposit. Get started to enjoy the best NBA action with the best odds.

Warriors Road to the Finals

Their first series was versus the Clippers, whom they beat in six games. Then, they managed to beat the Rockets in the same number of matches at the Western Conference semifinals. Their last victory was versus the Trail Blazers, in what was a series of four challenging games.

Raptors Road to the Finals

Now, when it comes to Toronto, they managed to defeat the 76ers in a fierce, 7-match Eastern Conference semifinals series. Then they took on Giannis Antetokounmpo and the Bucks, with Milwaukee being the favorites for the series. Kawhi Leonard and the Raptors became unstoppable and managed to take the series in 6 games. The most decisive of those matches was the fifth, as Toronto acquired a crucial road win that lifted their spirits, allowing them to play outstandingly well during game six and getting their NBA Finals ticket.

Current basketball wagering odds and NBA prop bets are favoring the Raptors, especially because they’re coming from an unforgettable home win that gave them a historic trip to the most important game in world basketball. But the Warriors are the favorites to win the series overall, so we can expect each game of the series to be quite challenging for both teams.

Register now to place your wagers.