With No True Favorites, How Will The NBA Develop This Year?

Home / Blog / With No True Favorites, How Will The NBA Develop This Year? 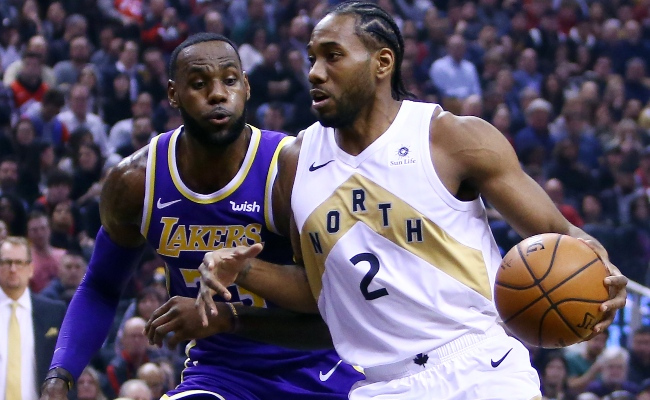 The NBA will be different this season, and the reason is that there are no real favorites, and the race for the title will be wide open.

So, here are a few unusual factors that can play a significant role in how the season may develop, and in who’s going to be reigning supreme.

Big Twos Is the New Trend at the NBA

I’m sure you’re familiarized with the Big Threes at the NBA, but the Big Two is the new trend, and the league’s most powerful teams feature two top players.

First, we have the Clippers, with Kawhi Leonard and Paul George. The Lakers have LeBron James and Anthony Davis. The Rockets have James Harden and Russell Westbrook. The Nets have Kevin Durant and Kyrie Irving. There’s still a team with Big Threes, the Sixers, who are ready for a new title shot with Al Horford, Ben Simmons, and Joel Embiid.

It’s clear that the trend is for powerful duos and title-contending teams will be dependent on the depth factor to achieve their goals.

Out of these teams above, the two with the most chances toward the title are the Clippers. The reason? Well, even if you have two top names in your team, you have to give them the rest they need and deserve. The second most important team from LA counts with a heavy roster with the right replacements to make sure the franchise remains competitive even when its stars are getting refueled outside the court.

Let’s be honest: the best team in the NBA for the past few years was the Warriors, period! But with their dynasty gone, and after missing last year’s title to the Raptors, Golden State will not be the almighty franchise we are used to watching.

Bet on the Warriors to win the title, check out our NBA betting futures, and get in your bets before the season begins. Register now to enjoy the best NBA odds and payouts.

In recent years, every season seemed like an inevitable road to a rematch of favorites.

But this time, things are different as there are at least 8 teams that have a real shot at getting the title. Such teams are the Clippers, Lakers, Rockets, Sixers, Jazz, Bucks, Nuggets, and of course, the Warriors (can’t dismiss them until Stephen Curry leaves the team!). In numbers, that is a third of the full NBA!

Now, each one of those teams has something new to learn, or a fatal flaw to work on, and they have 82 games to do so. Indeed, this is the return of real parity to professional basketball!

With all the stars and everything new in the league, a lot of NBA fans want to know one thing: who’s going to reign supreme in Los Angeles: LeBron James, or Kawhi Leonard…

LeBron James and the Lakers:

Let’s make something clear: LeBron has been part of the NBA for 17 seasons, and he’s slowing down. In fact, last year, he suffered the first significant wear-and-tear of his career, and he’s not getting any younger at almost 35 years old. Plus, he’s entering this season with extra heavy competition for the title of the best player in the world, with Giannis Antetokounmpo, Kevin Durant, and of course, the current MVP and winner of the 2018-2019 title, Kawhi Leonard.

With that said, nobody questions the capacity LeBron still has for big things. The problem for LeBron is the rest of the Lakers roster. Yes, he now has Anthony Davis supporting him, and that’s a big plus, as AD can help James manage the load for the full season. But the truth is that this LA franchise is light on shot creation, and this can be a big problem as the season deepens.

Bet on the Lakers to win it all, register or log in now to place your bets. Do you have what it takes to choose the 2020 NBA Champion? Bet Now!

Kawhi Leonard and the Clippers:

Sure, players like Curry and Giannis may have more impressive resumes, but last year Leonard showed the league and the world just what he’s capable of doing. This next decade can be for Leonard what the previous one was for LeBron. Kawhi has always been a player that put limits on himself, probably to avoid injuries and similar things.

But last year, he removed every single self-imposed limit and achieved NBA greatness. So, how this season will develop for the Clippers will depend on how much Leonard is willing to give.

If he plays limits-free and gives 110% percent just like last year, the chances are that the second most important team from LA will be crowned champs over their more famous counterparts.

Are you ready for all the action of the NBA’s regular season? If so, visit our sportsbook section, and get your action with your favorite picks!