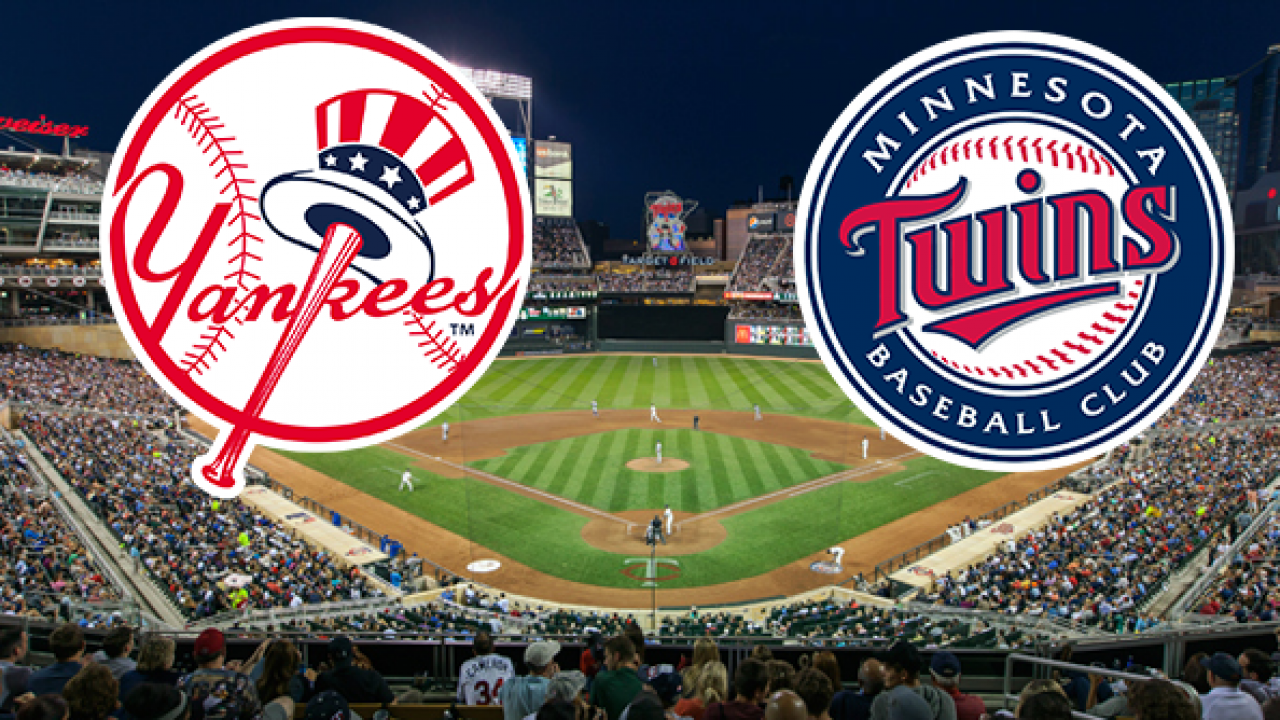 New York beat Minnesota during the regular season, winning four of six games, and are ready for what’s coming in the ALDS.

The Yankees have dominated the Twins during the postseason since 2003. This is not very good news for Minnesota as both teams will be facing each other once again in the American League division series.

HRwager offers the best MLB baseball gambling odds and bonuses. Enjoy the postseason and bet on the Yankees and Twins, find the biggest selection of baseball prop bets and futures, register now to place your bets.

New York is 5-for-5 versus the Twins since 2003 and holds a 13-2 playoffs record versus Minnesota. The Twins President, David St. Peter is not frightened at all by the situation. He feels that the current roster of his team has no ties at all with past ALDS disappointments.

Things are not starting well for the Twins. The first game of this series will be at the Bronx, which means that the Yankees are the ones with the home advantage for this best-of-five series.

To beat the Yankees at least once at the playoffs is going to be a real accomplishment for Minnesota as New York us currently on a 10—game postseason streak versus the Twins.

Current State of the Teams

The most significant factor for the Twins is their offense. They were the leaders in home runs for most of the season and finished with a total of 307, which is now a historical league record.

They had 304, one less than the Yankees, but scored three during their last regular season match, allowing them to climb the ladder of major league glory. The team’s leaders are designated hitter Nelson Cruz and outfielder Max Kepler, with 41 and 36 home runs each respectively.

The Twins have eight players with at least 20 homers this current season. With this offensive lineup being made up mostly of right-handed batters. Probably not good news for J.A. Happ and CC Sabathia, as both of these left-handed pitchers struggled a lot this season versus right-handed batters.

If the Yankees might struggle with the offensive power of right-handed batters, they might as well use a right-handed pitcher, and that is likely to be Masahiro Tanaka. But Tanaka is only an option if James Paxton, their best pitcher, is not ready for the game.

Paxton was suffering some nerve irritation, which shortened his time on the team’s last regular-season game to just one inning. Yankees GM Brian Cashman said that they’ve been cautious with Paxton’s recovery so that the player could be ready for the postseason.

So, you think the Twins have the chance to twist luck in their favor, or will the Yankees continue to dominate New York? Only time will tell. Are you ready to bet on the MLB playoffs? Register now to begin!